A Preponderance of the Evidence 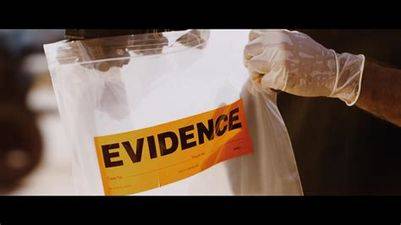 I had just run down a litany of issues that are plainly apparent to anyone who has any sense of what is happening in this nation when my precious wife of 42 years and 4 days asked me that question in a moment of frustration.  That question hung in the air like a thick fog on a steamy August morning.

What are we going to DO?

For the past six years I have hosted a morning podcast at www.CoachDaveLive.com where we discuss the cultural issues, provide an explanation on how we got in this mess, and determine what we must do to turn things around.

It is a Bible-centered show…but not preachy…and a daily discussion on how our turning from our Christian roots has led to the apostasy masquerading as wisdom in today’s world.  Americans, even Christian Americans, no longer love TRUTH.  The Truth can be harsh and unnerving and today’s quasi-Christian society loves comfort more than Truth.

As we often say…TRUTH SOUNDS LIKE HATE TO THOSE WHO HATE THE TRUTH!  (Check this out) 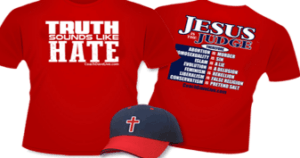 In our desire to be tolerant and diverse the Christian world has bent over backwards in our effort to be non-offensive to the Luciferians and those numb nut “Christians” who are unwittingly playing on the Devil’s team.  Americans have lost their love of Truth.

How did we get in such a mess…and what are we going to DO?

Most agreed with the verdict and some did not.  But the PREPONDERANCE of evidence presented to the jury showed that he was not guilty of all charges.

By the way…OJ got the same deal…a preponderance of probability that he didn’t kill his wife.  Not guilty and innocent are not the same thing.  OJ was not guilty…according to the jury…but many Americans do not believe he was INNOCENT.   Preponderance of evidence.

So, in today’s censored society not all of the evidence gets presented to the public.  As a result, Americans appear to be split on the great issues of the day.  That is how the Luciferians work.  They produce only part of the evidence which makes it hard for the average American to come to a correct conclusion.  “Just the facts” is a thing of the past.  Today ALL evidence is tampered with.  Just turn on CNN or log onto Fakebook and you will find a preponderance of miss information.  They are slowly being exposed.

Jury tampering is what they would call it in a court of law.  At least in honest courts…which are becoming more and more rare every day.

So, if the media were honest, if the Government/medical complex were honest, and if litigators were honest the preponderance of the evidence would show the following.

The vaccines are dangerous.

There is no Constitutional authority to force a vaccine on any American.

Public Schools are stealing our money, indoctrinating our kids, and destroying Christianity.

Our colleges are worse.  Seized institutions in the hands of atheists.

Americans of all ethnicity are unhappy with the direction our country is being dragged.

Joe Biden isn’t running the country…some man behind the curtain is.

There is something seriously wrong with the way our government functions.

The average American does not trust the FBI.  They hate the IRS.  Both are bullies.

Congress is made up of two wings of the same bird.   The People trust neither party.

A majority of our religious leaders are sell-outs.

Our pastors are cowardly.

Bad things are rolling down the highway.

More Americans get their information from Podcasts than any mainstream media.

Bruce Jenner is still a man.

There is a dark veil being removed from the eyes of Mom and Pop America.  For too long we have lived under the delusion that our government can be trusted to do the right thing.  They tricked us into believing immoral men would make God-honoring decisions.

Most Americans share common goals regardless of what the Luciferians are telling us.  The average Democrat and the average Republican want the same thing.  They want the government to leave them alone and let them live a peaceful life.  And no father in America wants his son to be Homecoming QUEEN!

The Truth will prevail if God-fearing people will simply stand up and speak up.  Moral compromise is the slippery slope into tyranny.

The preponderance of evidence shows that a rude awakening is sweeping this nation.  A great awakening will soon follow.