What Are We Teaching Our Sons? 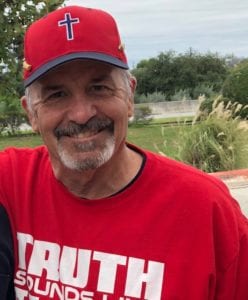 I have a lot to say, but this is not the time to say it. I’ll save the details for another day. Stop reading now if you think Jesus was a softie.

This is a time to vent…to air it out…to let some steam off …to release the pressure valve. Sometimes I feel like my head is about to explode. This is one of those times.

Americans have become so sissified. Everyone is afraid to hurt somebody’s feelings. It is the wussification of the culture run amok. Real men scare people.

I grew up with straight-talkers as my role models. John Wayne-types were the manly examples that the entertainment industry pumped into our homes. I have fond memories of sitting around the black and white Philco TV with my parents as the family watched real men gallop into our living room. Roy Rogers, Chuck Connors, Paladin, Hoss Cartwright, and The Lone Ranger, all left a masculine odor in my nostrils each night as I sawed logs in the bed I shared with my older brother.

Early the next morning we hit the yard running.  We played “Cowboys and Indians”, scalping redskins by morning, and morphed into Vic Morrow’s “Combat” and killed Krauts by the afternoon. We lived out in the yard what we watched on TV the night before.

Pardon me for being so politically incorrect, but killing Krauts and scalping Injuns was a wonderful life for a young man to live. Today you can’t even use the name Indian. At least I wasn’t forced to play with Ken dolls and dance with Barney. The only Barney I knew was the lovable weenie on Andy Griffith. He was an endearing character because even my young eyes could see that he was a sissy-man who wished he was a real man. Somehow, I wanted to help him grow some hair on his chest.

But look at what they have on TV today? It is a steady stream of sissy-boys with poofy hair being offered to our impressionable young boys as “American Idols.” Instead of Gunsmoke and Matt Dillon we get Dancing With the Stars and Chaz Bono. Is it any wonder we have gender-confusion in America?

We have allowed the young men in this nation to be emasculated by women. No offense to women…I love them. I married one. I have two daughters and a stable of granddaughters. They are the joy of my life.

But they are women. They think like women, they act like women. They like cooking…and shopping…and Cake Boss. They get emotional. They cry easily. They hold grudges…they wear lace…and makeup.

But, I don’t want my grandson acting like them. I want him to kill bugs, shoot varmints, and pee in the creek. I want him to open doors for women, to protect and defend his sisters, to learn to handle a gun in order to protect his family. Our posterity understands that the father is the head of the house and that his job is to guide, guard and govern those God has entrusted to him.

Look at your child’s elementary school. How many men do you see working with those kids? My grandpa taught me how to spit. If a boy does that on the playground today he probably gets medicated. A woman can’t teach a boy how to be a man. Only a man can do that. Do you want your son to be taught to be nice or to be a man?

Remember the Daniel Boone theme song from the weekly television show? Daniel Boone and his cohort Davy Crockett have been replaced by Beavis and Butthead.

I had a meeting today that sent me over the top. I spoke like a man. I called a spade a spade. I called sin, sin. I gave them a double-barrel approach to the Truth. They deserved the tongue lashing they got.

Needless to say, it was not well received. I was too “harsh”, “too judgmental”, “to direct”, “too self-assured”. It was just too much for the bossy women and the wimpy men that we all encounter every day.

America, both men and women, no longer want to be spoken to by a man. They are afraid of men, real men. Instead of Clint Eastwood they want Dr. Drew.

I read somewhere that one of the first things Muslim children are taught in some of their schools around the Middle East is how to kill and dissect young animals. It teaches them to get over their natural revulsion to blood.

In America we are teaching our young boys how to get in touch with their feelings, how to recycle paper, and how to speak without offending.

“Now when they saw the boldness of Peter and John, and perceived that they were unlearned and ignorant men, they marveled; and they took knowledge of them, that they had been with Jesus.” –Acts 13

Christian men must rise up and model Biblical manhood for their children.  The culture is feeding our young men tolerance. What they need more than anything is testosterone. Testosterone is a good thing.

The righteous are as bold as lions…it’s time to man up.