Have We Lost Our Stinkin Minds 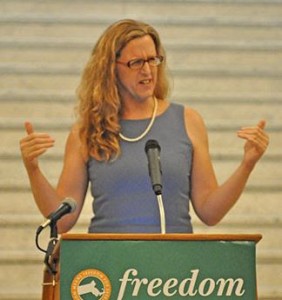 Common sense.  That is probably the rarest commodity in all of America.  We don’t even know what that means anymore.

Common sense used to mean something that even the doltish of humans could understand.  You don’t eat dog poop.  You don’t touch dead animals that are decaying along the road. And men and women are not the same.

That is what common sense used to mean.  But not anymore.  There is no longer something as simple as common sense.

The perverts are at it again.  The thought-perverts I am referring to.  To “pervert” means:

I remember back in the early 2000’s when we began to hear whispers that homosexuals wanted to get “married.”  Most of us chuckled at the prospect of such a concept, so much so that we really never gave the demand any consideration.  We still believed in “common sense” and never dreamed that such an outlandish demand would ever be considered, much less “legalized.”

Common sense would prevail, we believed, not realizing that common sense was going the way of Bible-based Churches.  This Christian nation, many of us assumed, would never permit such perverted behavior to be accepted.

The inmates are running the asylum and they have twerked their way into positions of authority.  The asylum is the government and the inmates are the perverts who strive for nothing less that the destruction of Western Civilization and the Christian standards upon which it was founded.

From Washington DC to Charlotte, North Carolina the perverts are calling the shots.  If you think I am crazy take a few minutes and check out what is happening in Tobacco Road.  Here is the story of gender neutral restrooms.

So let me get this straight.  A city in the heart of the Bible belt is actually considering passing a law that would permit men and women to use the same public bathroom?  Cultural perverts are doing their best to try and convince us that a man has a “constitutional” right to poop in a commode next to a stall in which a 12 year old girl goes to tinkle?

Let me crystallize it for you.  The elected City Council of Charlotte, NC is debating whether or not a grown man has the right to be in the restroom where an unsuspecting young girl might unknowingly wander.

The man, with male plumbing, wants to be recognized as a woman even though there is absolutely no physical or biological evidence to support such a claim.  In fact, the only “evidence” is the “personal feeling” that a man’s “gender” is determined by what is in his mind rather than what is between his legs.

When my wife and I got married it took me a couple of months to not feel embarrassed by “using the bathroom” when she was within earshot of the sounds I might emit while performing such a private bodily function.

Have we really reached the point in America where elected officials are willing to trade the protection of the modesty of young girls and boys for the perverted whims of those who think such cultural standards are discriminatory and sexist?

First they said they just wanted to come out of the closet.  Then they wanted to be tolerated.  Then they fought to be included.  Then they demanded special laws.  Now they want to pee next to your young daughter.  Soon they will want to crap in your lap.  The homosexual juggernaut knows no shame.

The churches have been neutered.  The Pastors have become effeminized.  They no longer defend the children.  Some of them think that the establishment of gender-neutral restrooms is Christ-like.  WWJT…Where Would Jesus Tinkle?

Where have all of the grown-ups gone?  When will REAL MEN stand up to the perverts?  How long before God-fearing daddies stand up and protect the innocence of their precious daughters from the alphabet deviants and their demonic agenda?  Time is running out.

Have we lost our stinkin minds?