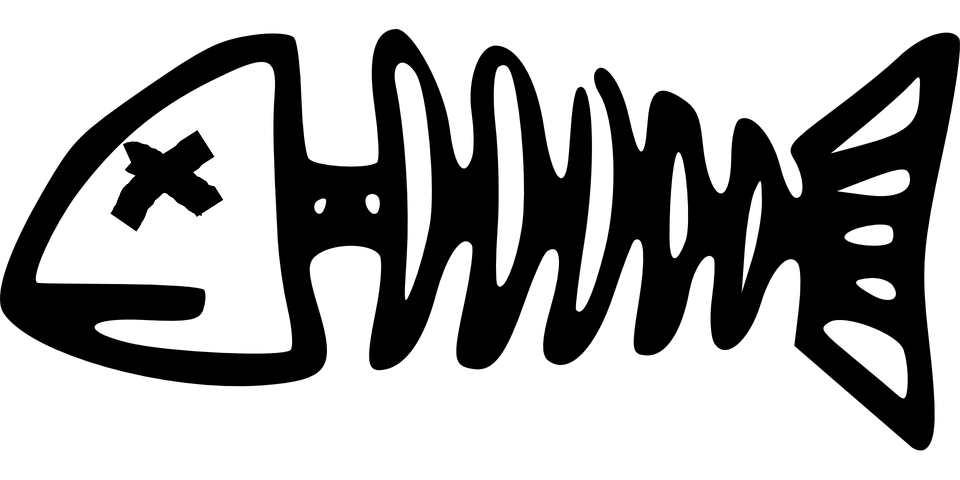 The fish is one of the symbols of Christianity and the fish are rotting.

How could Evangelicals go for Trump? That is the question that is reverberating around the empty halls of America’s churches. It’s very simple. Our churches are full of dead fish. Evangellyfish…fish without a backbone.

I feel sorry for Ted Cruz. He cannot win the nomination. Most Christians don’t even recognize, let alone vote, Biblical values. He was counting on 70 million of them voting for him. Fish rot from the head down. Our pastors have let us down. Consider the following.

1. If Donald Trump is able to win the vote of Evangelical Christians it is obvious that the problem is not Trump, but rather the fish. I am not taking sides nor endorsing a candidate here, but it is clear to me that Donald Trump does not “know” Jesus as his Savior. This is not a knock on him….I too used to be blind. But because of the Holy Spirit living inside me it is easy for me to spot the “real deal.” Trump may be a Presbyterian, but he is not a “Christian” in the Evangelical-meaning of the word.

But neither are most Evangelicals. Anyone who walks an isle and “asks Jesus into his/her heart,” is considered a Christian in today’s Evangellyfish world. Very few understand sin and repentance. Donald Trump clearly doesn’t because he admitted that he had never had a need to “ask God for forgiveness.” His “theology” would align perfectly with many modern mega-church goers across this nation.

Donald Trump got nearly half of the jellyfish vote because most of those who call themselves “Christians” have never been truly “saved.” They understand grace…but not repentance. “Jesus loves them,” they are taught, but they are not taught that those who love Jesus will “keep His commandments.” South Carolina’s, and America’s, churches are filled with Christians who have never come to true reconciliation through REPENTANCE. Just walk an isle, say a prayer, and invite Jesus into your heart. That qualifies you as a Christian in America today. Those “Evangellyfish” voted for Trump. He is just like them…only richer.

2. Those in the pew selectively listen to those in the pulpit. A majority of America’s churches have become nothing more than feel-good entertainment centers where their favorite sin is “under the blood” while they ignore Jesus’ admonition to “go and sin no more.” The pastor refuses to talk about and confront sin therefore the “squids” get the impression that Jesus is “just all right” with sin. The pastor ignores their sin so the people ignore Trump’s sin. Jesus loves everyone, right? That’s what it means to be saved, right?

3. The pastors separate the “sacred from the secular,” refusing to talk about cultural issues for fear of being “political.” Because the pastor takes no responsibility for the degradation of the culture the “sheep” are taught to look to “political” leaders for the solution to the moral problems facing the nation. The “salt has lost his savor” and has yielded moral authority to the courts and the political parties. Homosexuality is no longer a sin but a lifestyle…just like an abortion is a “choice” and not the murder of a child. Jesus loves everybody, right?

The pulpits have permitted this usurpation of God’s authority by political hacks. If you are sick and tired of the moral condition of the nation don’t call your congressman, call your pastor. But that clearly doesn’t work because the role of the pastor has been relegated by the pastors themselves to nothing more than a guardian of the “sacred” while ignoring their responsibility to a secular society. As goes the pulpits…so goes the nation.

4. Our pulpits are total failures. They teach the sheep how to be comfortable in the world and not how to change it. “All power is given unto me both in heaven and in earth,” Jesus told us in Matthew 28. The pastors hand-off the gavel to Obama…Hillary…Trump…and political parties.

Just this week I have seen a number of “pastors” come out and urge their clients to “vote Biblically” when they go into the booth. Most jellyfish don’t even know what that means. They live like Trump so they vote like Trump. Newsflash!! A nation that kills its offspring will never be great again.

5. I’ll finish with this which is sure to tick some of you off. Where was the gathering of pastors who spoke out against the treacherous deeds of Obama? Where are the white pastors who failed to call out their black-shepherd-brothers for putting skin color above the blood of Christ while electing the anti-Christian, child-killing, sodomy supporting mulatto in the White House? Blacks in SC just voted 85% for Killary. I assume there are a few black-Christians in the Palmetto State.

Where are the pastors who kept their lips sealed while a member of The Church of Latter Day Saints ran for the President of the United States in 2012? Where are they today as Evangelical Christian Ted Cruz OPENLY prays with Mormon Glenn Beck?

Look, I like Glenn Beck. I used to enjoy his program until he recently ran off the rails. I might be wrong, but I don’t think even Mormons consider themselves to be Christian. Beck claims to be a “born-again” Mormon…really? Is that even possible? If so, it flies in the face of the clear teaching of the Scriptures. I suppose they could be “Christians” but certainly not in a Biblical sense. But I am getting picky, I suppose.

So let me get this straight….Obama…Romney…Beck…are Christians…but Trump is not? Hillary and Bill are Christians, but Trump is not? Cruz publicly prays with a Mormon and not a whimper. Call me a bigot, but I won’t pray with a Muslim. I won’t pray with a Mormon, and I won’t say a rosary with a Catholic. Unless they are “conservative’, of course…and then I might reconsider.

Where have the pastors been? No wonder no one listens to them. They seem to be very selective in which “Christians” meet their standards. If Trump, Beck, Romney, and Obama have not repented of their sins, and put their trust in CHRIST ALONE for the remission of their sins they are not Christians no matter how “conservative” they might be.

Isn’t it interesting that Christians have swapped their identity (Christians) for an ideology (Conservative)? That’s why the argument is not over which candidate is the most “Christian” but rather which one is the most “conservative.”

One of America’s leading “conservatives” George Will is an atheist. Maybe we should run him for President. I wonder how the pulpits would handle his atheism. Would his “conservatism” make him more palatable to Republicans than a self-identified, unsaved Presbyterian?

It looks to me like the Republican chumming has hooked them a shark named Trump.

Maybe Trump will do for ‘conservatives” what Jonah did for Nineveh.