Are Christians Allowed to Get Angry? 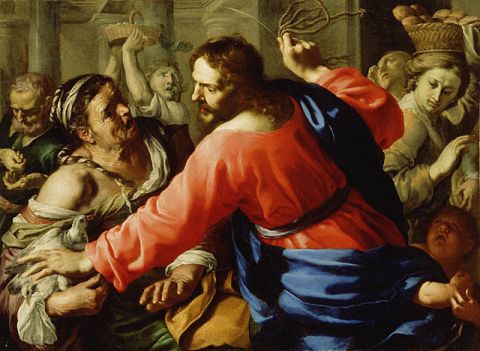 I don’t know if you have ever taken the time to watch my daily show. If not, it would be worth your time to give it a try. It airs live every weekday morning at 7:00 AM EDT, and is archived for later viewing and downloading. It is free.

Check out Coach Dave Live here. It is guaranteed to challenge the way you think.

Another question we focused on today, was, “Are Christians Allowed to Get Angry?”

As we tossed about the characteristics of a Christian man, I was struck by the fact that it is assumed by most Christians that anger is a sin. In fact, the idea that being angry is sinful, is a weapon used by God-haters, to tame Christians. But as one of our participants in the show said, “God didn’t save you to tame you.”

Whenever I hear criticism about the show, it is usually the same lament. “Just a bunch of angry white men.” The assumption is two-fold:

1. If you are white, you are not permitted to be angry…and
2. if you ARE angry then you are not very Christian.

Hence the question, “Are Christians Allowed to Get Angry?”

Scripture is replete with verses referring to the WRATH of God, so apparently God is okay with anger. The Psalmist told us that “God is angry with the wicked every day.” Jesus, (the nicer, born-again version of Jehovah) stormed into the Temple and made a mess of the place in a fit of rage. But Christians are not supposed to get angry. “It is a sin” some of our more passive Christian leaders tell us.

We are supposed to look like and represent Jesus wherever we go. If that is true, then why is anger not considered a Christian value? (Are you getting nervous yet?) Why do Christians only want to talk about the love of God and never the wrath of God? Is it ever permissible for a Christian to get ticked off? Ever hear of righteous anger? Is anger an emotion only permitted for the unrighteous to use?

Well, sorry to burst your bubble but I am angry. Why aren’t you?!

Ain’t it about time somebody got pissed off? (Most of you are angrier that I used the “P” word, than you are about abortion!)

I was reading Scripture before my show the other day, and I came across Ephesians 4:26 “Be ye angry and sin not: let the sun go down on your wrath.” I was struck by what the verse didn’t say. Paul never said, “DON’T GET ANGRY,”  but rather, deal with the anger before you go to sleep. Stay with me here…

In the book of James we are warned that “therefore for him who knoweth to do good and not to do it, to him it is sin.” Could it be that the real sin is not in getting angry…but in refusing to act righteously regarding the sin you see being committed?

Injustice should make you righteously angry…as should all of the sin being codified into law. Has any of it made you angry? Have you ever felt an urging to do something about it? Do you know what is good, but refuse to do it?

Here is the rub. God has never granted us the right to remain angry about something that personally offends us. In that situation we are exhorted to “turn the other cheek.” But when we see an injustice being done to an innocent person; or unrighteousness codified into law, it is our obligation to stand up with righteous indignation and oppose it.

Anger should propel us into action. That’s why Jesus flipped over tables in the Temple. That’s why David slew the giant; declaring,. “I come at you IN THE NAME OF THE LORD whom thou have defied.”

Not putting anger into proper action is sin. Tolerating, accepting, or being non-judgmental regarding the things that God obviously opposes, is the opposite of what a Christian man should do. The church fights anger more than it fight sin.

Anger should propel us into action in a way that glorifies the Lord. Accepting sin does not glorify the Lord. In fact, it is just the opposite. That’s why God is angry with the wicked every day. Why aren’t we?!

Why hasn’t your anger motivated you into action? Is your failure to act upon your anger sinful? I know it may not be very easy for you to imagine but what would happen to abortion, if Christians really got angry about it. What if we truly saw it as murder? What if your Pastor got angry about it?

God hates murder. Why don’t we?! Why are we so tolerant of what angers the Lord? Why we are ashamed to admit that God has enemies? Why are we so unwilling to call them out? Why does the “Church” think it is wrong to fight for what is righteous?

If we are made in the image of God and God is angry every day, then why aren’t we?! I say it is time to get peed off about God getting peed on.

I am not ashamed to admit that I am angry. Does that mean I am no longer a Christian?