The Big Talkers Need to Do Something 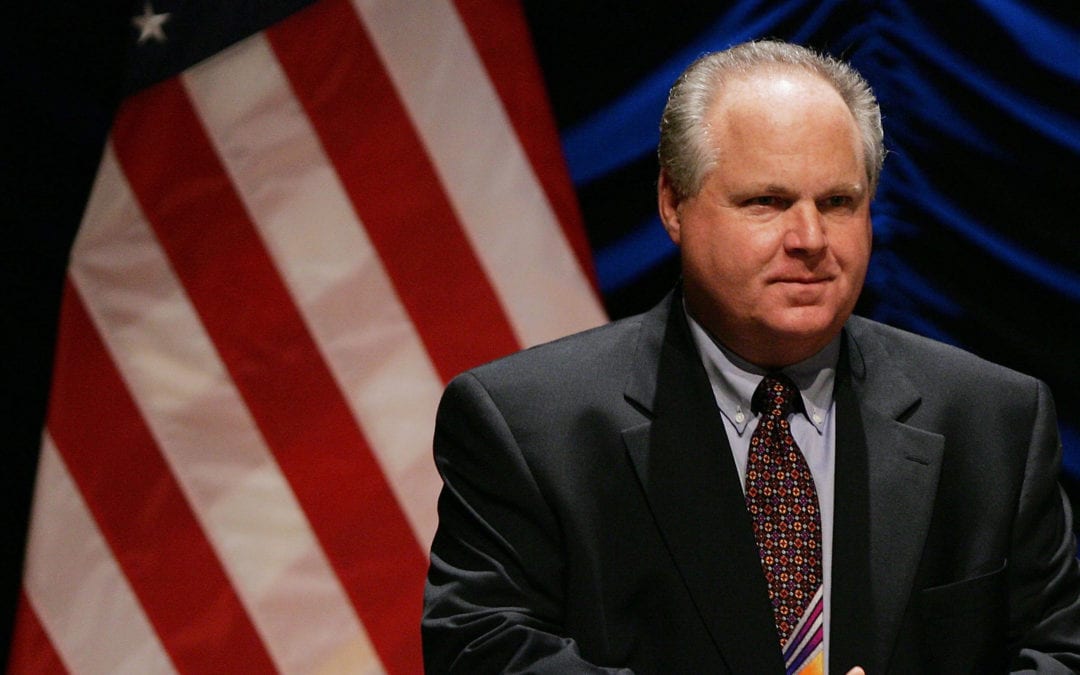 Let me say right up front that I am a talk-radio junkie. Some I like more than others, but I do enjoy listening to what they have to say. Limbaugh, Hannity, Levin, Beck, and Savage et al are tremendous thinkers and even better entertainers.

But that is just it. They are merely entertainers. For the most part, they don’t do anything but talk, and where I come from we have a saying that “talk is cheap.” Well, each of the talkers mentioned above are not cheap…they are all extremely wealthy, rewarded for their ability to entertain.

But for the most part, they are not DOING a darn thing to stop the flood of anti-Americanism that is rushing over this nation. Yep, talk is cheap, and all of the lip-flapping that the Big Talkers have done has not moved the conservative needle one iota in this battle for truth.

None of them are new kids on the block. In fact, most of them have been around for over two decades, and during their time on the air the Left has continued their long march through the institutions, as America has slipped farther and farther away from our founding principles.

Stop a minute and name for me six liberal talk show hosts with a national listening audience. You can’t. Conservatives have controlled the talk radio airwaves in America while the Left has controlled all of our institutions. How can that possibly be?

I compare them to color analysts on a college football game. Limbaugh and his cohorts fill the airwaves daily with the color commentary on HOW the game is being played. For three hours a day you can tune in and listen to their expert dissecting of how the “Liberals” are doing this and the “Conservatives” are doing that but they never once do anything to organize any push back.

It is all color commentary on how the game is being played, a dissection of the strategy employed by both teams, and a close up inspection of those who are actually in the arena. I am convinced that they are employed to be pressure valves…designed to make us feel better at the end of the game because we now understand better the nuances of the game and the techniques each of the teams are using.

Meanwhile, the Left continues to ACT while the Right continues to talk. Except for Alex Jones. Now I don’t want to get into a discussion about Jones but it sure seems to me that Alex gets a lot of things DONE. So much so that he is being banned from nearly every media platform that the tolerant Left controls. And with the exception of Dr. Michael Savage, have you heard of any of the Big Talkers come to Alex Jones’ defense? Isn’t it ironic that the one guy who actually DOES rather than TALKS is the one “conservative talker” that the Left seems to be concerned about?

Why aren’t the censoring Limbaugh? He has the largest listening audience in America yet no one is threatening to ban him from any platforms. Could it be because all he does is TALK?! “The Big Voice on the Right” he loves to declare. I find it very revealing that they are more afraid of what Alex Jones DOES than what Maja Rushie SAYS. Yep, talk is cheap. Alex Jones is in trouble for FIGHTING in the war while Rush is lauded for commenting on the war.

Rush Limbaugh is the John Madden of politics. He can assess a good game, he just can’t play it.

We are in desperate times in America and the sole reason for Donald Trump’s election was that Mom and Pop America were looking for a leader…a doer…someone who would actually FIGHT for what they believed in. Heck, Beck and Levin were both NeverTrumpers, Rush and Hannity were neutral. Don’t you find it odd that the voices of conservatism in America were not smart enough to read the tea leaves?

Alex Jones was all in for Trump and so was Michael Savage. The rest of the color commentators only watched the Trump train roll down the rails.

You wanna know why the Right is losing the game? It is because most of our leaders are simply Big Talkers. The deep state hates Doers. Who on the Right actually organizes and fights?

Why won’t the Big Talkers DO something? Why haven’t any of them organized their audience to push for the defunding of Planned Parenthood? What if Rush took on the project and organized his audience to stop the slaughter of the unborn? What if he actually got involved in the game and organized a play?

What if Sean Hannity organized his massive audience to get to the bottom of what REALLY happened on 911? The average American doesn’t know what happened but they know that the story that they have been given simply is not true. Why won’t Sean organize his audience to bring the pressure necessary to get to the Truth? Let’s look at some game films and run a play.

What if instead of simply talking about it Mark Levin organized a movement to get to the bottom of the corrupt Clinton Foundation? What if he organized protests, phone calls, and rallies demanding government accountability? What if he got out of the press box and went out into the streets?

Our entire nation is bound up in a web of deceit and not one of our national leaders will do a darn thing to expose the lies and corruption. Our nation will never be able to move forward until we right the wrongs in our past. Both parties are complicit. Both teams are dirty. Why in the heck won’t the Big Talkers DO something to expose the evils at work in this nation?
Rush Limbaugh has been a daily fixture on the American scene for thirty years. When he rides off into the sunset, perhaps they will send his stuff to the Limbaugh wing of the Broadcaster’s hall of fame. But it will be nothing more than a large bust of a Big Talker who DID nothing but talk as his nation was destroyed from within.

We all have “talent on loan from God” and we will all be judged by what we DID with that talent…not for what we said.

Time is short. Talk is cheap. Climb out of the press box and onto the field. There are 68 million deplorables listening to your voices. For God’s sake organize them.

There will be time to analyze the game films after the game is over.