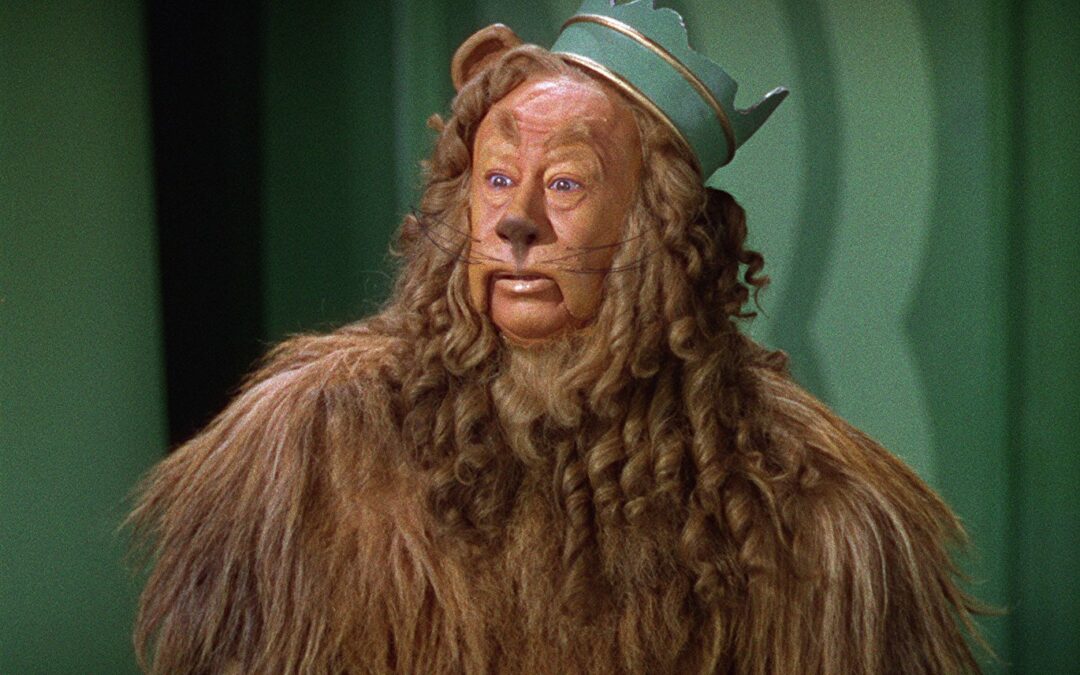 There is nothing in this world that is more repugnant to Christianity than cowardice. In fact, it is so repulsive to Christ that it is considered worth of the death penalty.

Not just PHYSICAL death…but Spiritual death. Cowardice gets you an express ticket to hell. We have all heard the Led Zeppelin song “Stairway to Heaven,” but very few realize that there is a huge slippery slide to hell as well.

And the cowardly go first.

Rev. 21:7-8 “He that overcometh shall inherit all things; and I will be his God, and he shall be my son. But the fearful, and unbelieving, and the abominable, and murderers, and whoremongers, and sorcerers, and idolaters, and all liars, shall have their part in the lake which burneth with fire and brimstone: which is the second death.”

To quote the old TV commercial that pushed seat belt in cars… “What’s holding you back?”

What are you so afraid of?

Without getting into an argument about who gets to climb the Stairway to Heaven, it seems to be irrefutable that at the White Throne judgment in Revelation 21 everyone will stand before Christ and give an account for their deeds done here in this meat-suit world. I don’t want to shake your eternal security, but the truth remains, “not everyone who says unto me LORD, LORD shall enter the Kingdom.” Judgment Day is coming.

Yep. Everyone is going to Heaven, but not everyone is going to stay. The Cowards get the vamoose first. They are the first load on the downhill slide into hell. The FEARFUL lead the parade, ahead of the abominable, murderers, whoremongers, sorcerers, idolators, and ALL liars.

The great Judge of the Universe seems to have no mercy on the cowardly. The Bible tells us that “the fear of the Lord is the beginning of wisdom.” How is it possible to claim to know Jesus and still be controlled by fear? Many Christians live in fear. Can you say COVID? Can you say “non-essential” churches?

We are most unlike Christ when we cower in fear.

What are you afraid of? What is holding you back? How can you claim to be a child of God as you quiver behind your mask over a man-made virus with a 98% survival rate?

God is not pleased. He does not wink and not at cowardice.

As Bob Dylan famously sang, “You Gotta Serve Somebody.” Which will it be? Faith or fear. There is no demilitarized zone.

For a brief lesson in courage one need read no farther than the Faith Hall of Fame found in Hebrews eleven.

And what shall I more say? for the time would fail me to tell of Gedeon, and of Barak, and of Samson, and of Jephthae; of David also, and Samuel, and of the prophets: Who through faith subdued kingdoms, wrought righteousness, obtained promises, stopped the mouths of lions. Quenched the violence of fire, escaped the edge of the sword, out of weakness were made strong, waxed valiant in fight, turned to flight the armies of the aliens. Women received their dead raised to life again: and others were tortured, not accepting deliverance; that they might obtain a better resurrection: And others had trial of cruel mockings and scourgings, yea, moreover of bonds and imprisonment: They were stoned, they were sawn asunder, were tempted, were slain with the sword: they wandered about in sheepskins and goatskins; being destitute, afflicted, tormented; (Of whom the world was not worthy:) they wandered in deserts, and in mountains, and in dens and caves of the earth. And these all, having obtained a good report through faith, received not the promise: God having provided some better thing for us, that they without us should not be made perfect.

Only heroes make the Hall of Fame. The Cowards are not heroes. Cowards are…well…cowards. God is not pleased with the cowardly.

Perhaps at no time in American history has the voice of Christians been more important than it is today. Silence is not golden, it is yellow. Christians speak FOR God. The last I checked; Barney Fife was not mentioned in the Faith Hall of Fame?

This is no time for ceremony. The question before the House is one of awful moment to this country. For my own part I consider it as nothing less than a question of freedom or slavery; and in proportion to the magnitude of the subject ought to be the freedom of the debate. It is only in this way that we can hope to arrive at truth and fulfill the great responsibility which we hold to God and our country. Should I keep back my opinions at such a time, through fear of giving offense, I should consider myself as guilty of treason towards my country, and of an act of disloyalty towards the majesty of heaven, which I revere above all earthly kings.

God’s word is unmistakable. There is a highway to hell…and the cowardly will be leading the parade.

Let God be true and every man a liar.