Will Anyone Blow the Trumpet? 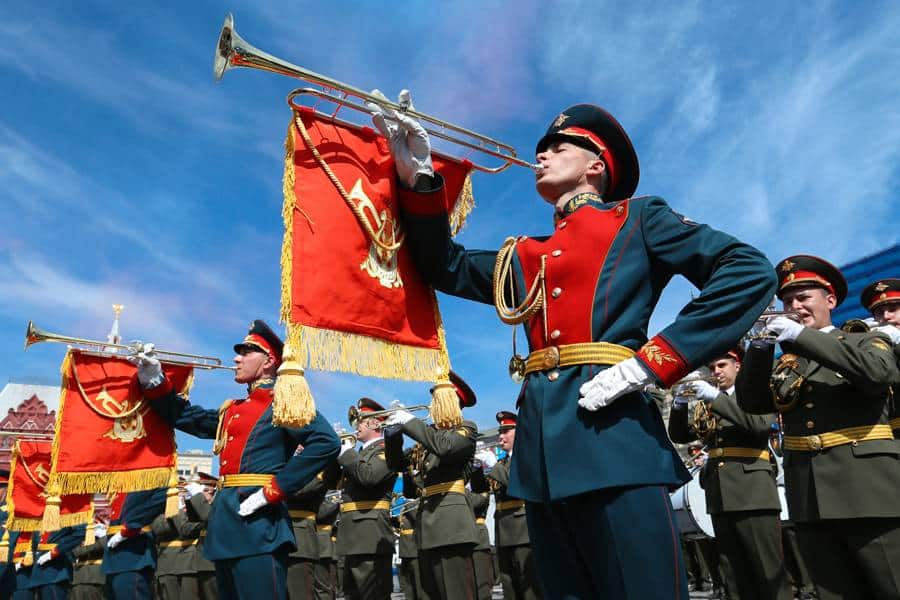 (This commentary was written on January 30, 2015.  It is still relevant today)

Is there no one who will stand for righteousness?  America was once known as “the land of the free and the home of the brave”.  Today, we are neither.

In fact, it is the loss of bravery that has led to our loss of freedom.  It’s hard to find anyone who is willing to stand up for anything anymore…except for the god-haters.  They are boldly standing up all over the stinkin’ place for their demented agenda.

Proverbs tell us that “the righteous are as bold as lions.”  Evidently we are not very righteous anymore.  Christians have become the easiest pushovers in America…especially our pastors.  They will neither do, nor will they allow anything that might rock the boat.  I guess that is because they think the church is either a hospital ship or a cruise ship, while the brave men who built this country saw the church as a battleship.

Oh, for the good old days when men were brave and America was free.  Has there ever been a time in American history when moral leadership was so lacking?

I am reminded of what George Washington said in his Farewell Address:

“Of all the dispositions and habits which lead to political prosperity, Religion and Morality are indispensable supports. In vain would that man claim the tribute of Patriotism, who should labor to subvert these great pillars of human happiness, these firmest props of the duties of Men and Citizens. Whatever may be conceded to the influence of refined education on minds of peculiar structure, reason and experience both forbid us to expect that national morality can prevail in exclusion of religious principle.”

It is this lack of morality that has led to the demise of this nation.  No foreign foe was ever capable of destroying this nation, but we have crumbled from within.  “Those great pillars”, as Washington stated, have crumbled because we no longer have men who will boldly proclaim the Truth.

Why would we ever expect any politician to stand up for Truth when the men in the pulpit are afraid to do so?  Why should we expect politicians to fight to end abortion when the pastors won’t?

“Oh but my pastor speaks out all the time against what is happening in this nation,” I had a woman tell me the other day.  “That’s great,” I responded.  “But does he ever do anything besides talk about it?  Does he ever get his name in the paper for his public stand against the sin ravaging this nation?  Do you ever see him out in the streets fighting against the decadence that is destroying the pillars of society?  Do you ever see him at school board meetings raising hell with the debauchery and lies being taught to our children?  Is there any specific group of citizens that hate him?”

Truth is dangerous.  Fighting for it can get dicey.  You can get yourself in a whole lot of trouble when you speak your mind.  Most aren’t willing to go there.  Most won’t take the risk.  They have convinced themselves that preaching is fighting. Well, talk is cheap.  Preaching ain’t fighting.  Flapping one’s jowls at the already converted gives one a false sense of accomplishment, yet signifies nothing.

I am reminded of a story I once heard about President Lincoln.  Although my details may be a bit sketchy, the story goes something like this: It seems that one of President Lincoln’s trusted friends was delivering a message at a local church, and President Lincoln, out of respect for his friend, sneaked in the back just as the sermon was about to begin.  The President stayed until the message was concluded and slipped out the same way he entered.

The next morning he had the opportunity to have breakfast with his friend, and the ‘preacher’ inquired about Lincoln’s critique of his sermon.  “It was well delivered and filled with enthusiasm,” the President responded.  “But it was a failure because not once did you ask your audience to do something great!”

It is time for our pastors to ‘do something great’.

Christianity is a lifestyle, not a religion.  It is most alive when striving for the souls of men.  The outward-living of the Gospel is the most dangerous act that a Christian man can undertake.

Millions have died because of their stand.  Millions more will.  The current crop of Christian leaders are an affront to the Christ they claim to serve.  Our spiritual DNA speaks of the exploits of the unnamed heroes of Hebrews 11, which describes such folks as those “of whom the world was not worthy.”

Can you name ONE ‘man of God’ on the national stage who doesn’t give a rat’s behind about what people think of him?  Can you give me one big-name Christian leader who is clearly articulating what is happening to the pillars of religion and morality in this nation?

Over 100 million people will soon have a satanic ritual pumped right into their homes as Satan goes mainstream.  The Super Bowl halftime show will be nothing short of a satanic ritual.  Has your pastor warned you of this so that you can be aware while attending your church’s Super Bowl party?

We need ‘religious leaders’ who will tell the world that homosexuality is a moral perversion; or openly declare that abortion is murder and that those who participate in that sin are spitting in the face of God; or declare that the actions of the current resident of the White House are some of the most un-American, un-Christian fruit in the history of this nation?

Won’t someone openly defy the thievery of the IRS and the Federal Reserve, or fight against the government subsidy of sin, or openly and boldly declare that the idea of Grace before repentance can be found nowhere in the Holy Word? Oh, there are thousands ‘preaching,’ but there are shamefully few who are actually willing to do anything.  Our nation sits on the precipice.  Unthinkable disaster lies just around the corner.

The State is godless. The church is most faithful when it fights against the rules and edicts of godless government.  Every problem facing this nation is a moral problem. Every one.  Yet not one pastor in 10,000 will stand up and be counted.

Remember this: Satan never preaches about Heaven…he preaches the here and now.  He tells you that God is love.  Get all you can now.  Be happy.  Live a full life.  Don’t judge anyone.  Most of America’s pastors are preaching this same message.

Hell is the church’s business.  That is why Jesus said that we are to be salt…and not sugar.  Judgment, sin, and personal and collective morality is the church’s business…and business should be booming. Jesus told us a lot of things. Friendship with the world is enmity with God. Take up your cross and follow me.  The wicked shall be turned into hell along with all the nations that forget God. He who loves his life shall lose it…

We Christians simply love ourselves too much.  Speech is never free.  Just ask John the Baptist.  Ask his cousin, The Christ.  Their willingness to exercise their freedom cost them their lives.

“Should I keep back my opinions at such a time, through fear of giving offence, I should consider myself as guilty of treason towards my country, and of an act of disloyalty toward the majesty of heaven, which I revere above all earthly kings.”  – Patrick Henry.

Will any pastors fall in line behind him?  Will anyone blow the trumpet?