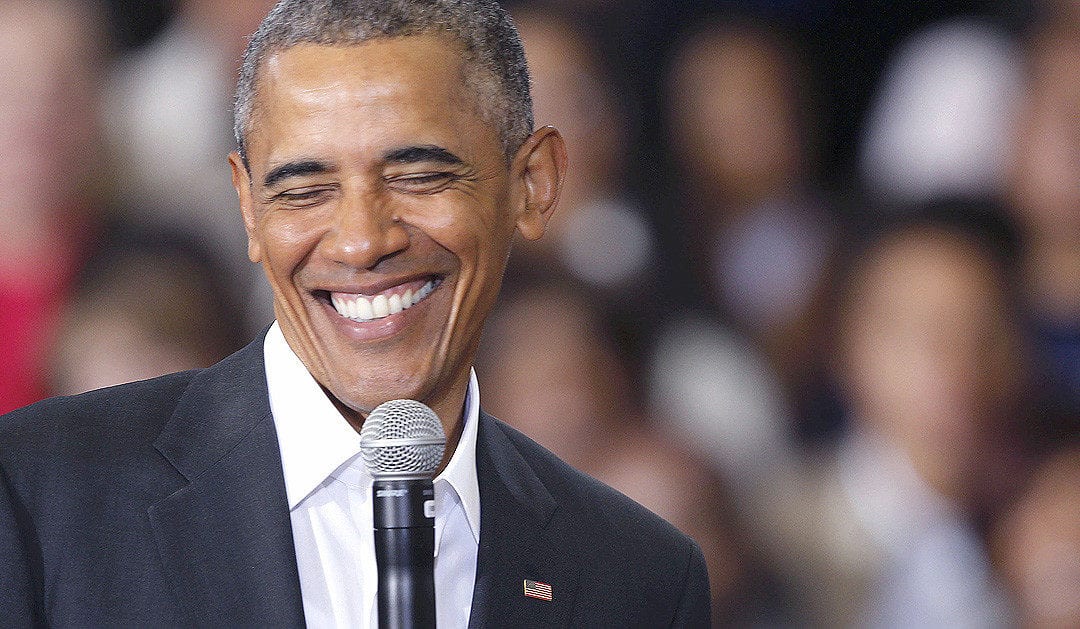 I voted for America’s first legitimate black Presidential candidate Alan Keyes for President…twice.  So keep your race card in your pocket.

I find a great deal of amusement in watching the Never Trumpers whine about the direction that President Trump is taking us.

I find it especially humorous when I think about the radical Marxist that squatted in the White House the previous eight years.  Every time I get discouraged I simply reminisce and thank God that Obama is gone.

I hear the pundits on the TV pontificate about how Donald trump is so “un presidential” in his actions, but there are millions of folks like me who are ready for some straight shooting from our politicians.

It is good to have a straight-shooter sitting in the oval office.

A great number of Americans have been brainwashed by actors.  We have actors in politics, actors in the media, and actors in the pulpit.  I am so sick of people acting like something they are not.  I’m ready for a double-dose of straight shooting.

Turn on the TV and you will find non-stop attacks upon President Trump.  Amazingly, it comes from both sides of the political spectrum.  With all of the assaults upon President Trump it is easy for us to lose perspective.  For the most part, Americans have a very short attention span.  Well. Not me.  I remember very well the mess that was the Obama administration.

I remember when President Obama turned up the “race” card with Skip Gates, Trayvon Martin, and the riots in Ferguson Missouri. I cannot forget his role as agitator in chief and how he never missed an opportunity to pick the scabs of the racial divide.  In my opinion, his actions were so un-presidential.

How can one forget his flip-flopping on traditional marriage and the lighting of the White House in the colors of the rainbow when the diabolical Oberkfell decision was shoved up the hind ends of God fearing American moms and pops?

I remember the smoochy  smoochy relationship he had with Planned Parenthood and his unrelenting desire to see as many American babies slaughtered inside their mother’s womb as was possible.  He even joked about his own future grandchild being “punishment” to his daughter.

I feel my blood pressure rising with every letter I type on this keyboard. He may have “acted” more “presidential” but I am so glad Obama is gone.

I cannot forget the lectures regarding Global warming as he and his wife gallivanted around the world on Air Force One while the rest of the little folks were encouraged to drive electric cars and use incandescent light bulbs.

I remember how his policies were designed to spy on average Americans while all of the while refusing to release his college transcripts, birth certificate, and other pertinent documents that might better explain just who this guy was.

I remember his Islamaphilia and his protection of what he loved to call the “religion of peace.”  His affinity went so deep as to make sure never to call a terror attack “Islam terror” but rather “workplace violence.”

I remember his failure to rescue the four brave Americans in Benghazi and the lies he told to cover up his treasonous plans…as well as his jailing of an unknown Youtube film maker.  I remember his Iranian deal which set up his Muslim buds in the Middle East, and his failure to destroy ISIS.

I remember his hatred of the 2nd Amendment and his desire to take guns from law-abiding middle-America citizens.  I can never forget his doubling of the national debt and how his cut-and-run foreign policy in the Middle East strengthened the hand of his Islamic brethren.

Although we all know that our policemen aren’t perfect I will never forget how he did his best to demonize the men in blue and how he accused them of “acting stupidly” when simply doing their duty.

I hated how he bowed to foreign leaders and the American apology tour he undertook soon after being elected President.  I hated his support for the UN and his love of Globalism which was always causing America to take a back seat on the world stage.

I remember the lying media covering for him and the Hollywood deviants fawning all over him…not to mention border security, illegal immigration, free welfare for non-citizens and a cache ‘of other un-American scams that he pulled on the American people.

He militarized the Deep State against a duly elected President.  He used the IRS as a weapon.

President Obama did everything he could to destroy family, marriage, Christian morality, gender, and old fashioned American values.  He worked overtime to muddy the idea of right and wrong.  He may have been born in America but he certainly was no American.  We have yet to find out all of the damage that this anti-American plant did.  Aren’t you glad we have an American in the Oval Office?

I am so glad Obama is gone.