I Lied to the Pollsters 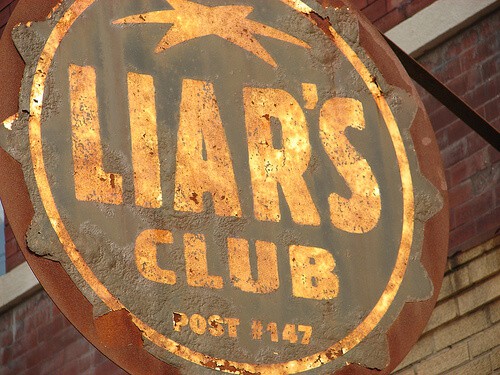 I know that lying is a sin…at least that is what I am told the Bible teaches.  However, the Bible actually says that it is a sin to, “bear false witness against thy neighbor.”

“Where’s your wife, buddy?” the terrorist with a knife in his mouth asked as he bashed in the door.

“She isn’t here!!  She is spending the weekend going door to door for Hillary.”  I respond.

“Okay.  But if she was here I’d kill her.” He responds in Arabic.

I wouldn’t feel guilty if she survives because I lied.  It wouldn’t be a sin.

That is commentary for another day.

This has been an especially busy election season around our house.  I have only been polled over the phone once in my life before this election, but I have been surveyed three times just in the last month.

And I lied every time.

I think cell phones have screwed up the pollsters.  Few folks have a land-line anymore, but we have not given ours up yet.  I suppose that is why we are such a hot number.

Although the questions do vary a little bit. All three calls asked these three questions.

I answered falsely to each question.  In fact, I answered differently in all three occasions.

It was hard to lie while I was snickering so hard.

That is why I know the polls are rigged.

I often see online polls.  You can’t trust what they tell us.  It seems they are not scientific.  As if the polls I recently took part in were scientific.  EVERY response I gave was false.  Every one.

It would make sense if they polled the same respondents every time to see if their opinions had changed.  But to simply try and convince me that my neighbor’s opinion represent the views of everyone in our neighbor is quite a stretch.  Heck, here in my neighborhood not everyone roots for the Buckeyes…in a state where EVERYONE roots for the Buckeyes.  Why should I believe that some cracker 16 miles down the road shares my political opinion?

They are taking us for a ride.  They are doing everything they can do to suppress voter turnout.  Trump is toast they tell us…and they hope that you won’t take the time to go and vote for a guy who has already lost.

Christian women are an especially ripe target.  If they somehow convince Christian women that Trump is immoral then they will not turn out and vote for him.  Remember…polls are used to influence public opinion.

I already voted.   My wife did too.  We both voted differently from what we told the pollsters.  I wonder if that will screw up the three “scientific” polls they did over the phone.

The media treats polls like a scoreboard in a football game.  They have convinced us that the score is ever-changing…daily actually…and dummies like us turn in to see who is ahead today…and why.  The pundits on TV are like analysts in a football game.  They explain why one team is behind and what they will have to do in the 2nd half in order to win.  The polls are the hook to get you to tune in…and watch them give you a daily play by play of the game.  If they really wanted to make election night exciting they would give us running totals of the votes as they are recorded.  Imagine a football game where they don’t let you know the score until after the game is over.  That’s how they manipulate us.  That is why it is so easy to cheat.  Let us know who is winning so we get our friends and drive them to the polls and help win the game for our guy.

Imagine a football game where they give you the score after the game is over but no one ever witnessed anyone actually scoring a touchdown.  That is election night reporting.

Always remember.  He who frames the question wins the debate.  The agenda of the polling company means everything.  How can they call this science if the numbers are faked?  Can anyone say Global Warming?

Lie to them.  If a pollster calls you please take the call and then answer every question falsely.  I wonder what the atmosphere in America would be today if they didn’t inform us every day who is winning and who is losing.  My gut would tell me trump is ahead.

Give the media some of their own medicine.  Lie to the hucksters.