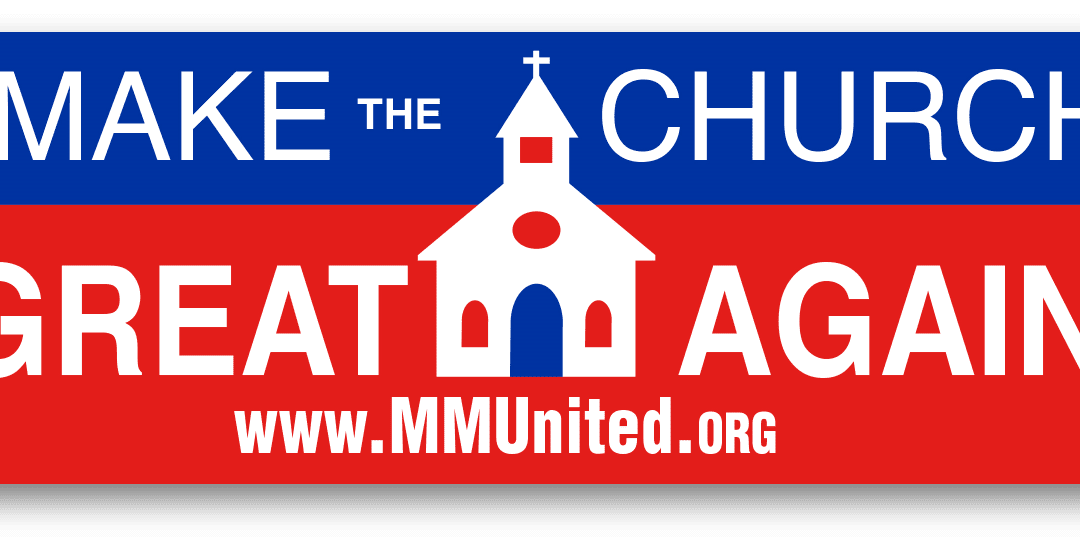 Donald Trump showed his marketing genius when he came up with the campaign slogan “Make America Great Again.”  It was catchy and it captured the spirit of the average American voter.  Many of us remember the “good old days” in the good old U S of A, and we are smart enough to recognize, as my father used to sing as he strummed his guitar, “the old gray mare she ain’t what she used to be.”

Trump is right about one thing.  America is not great any more.  We simply think that we are.

Oh we still have a lot of power and influence in the world, but we are far from great.  We are perhaps the most immoral nation in the world.  In fact, we are so immoral that we are doing our best to export our immorality around the globe.

Hillary is running on a program that not only promotes the slaughter of unborn children but has shown a strong desire to use the United Nations to spread infanticide worldwide.  Isn’t this the woman who, along with her deviant husband, once declared that she wanted to make abortion, “safe, legal, and rare?”

The promotion of immoral behavior has become America’s greatest export.  Licentiousness has replaced liberty.  With liberty comes responsibility, while licentiousness is liberty without consequences.  The greatness of America was that we once taught our children that real liberty was not doing whatever one wanted but rather choosing to do what was right.

Today in America right and wrong has become nothing more than an opinion.  Without an unchanging standard everyone will do “whatever is right in their own eyes.”  Until we return to the solid rock of Truth our foundations will continue to crumble and no political leader or government program will ever Make America Great Again.

Donald Trump cannot Make America Great Again.  Only a return to Christ and His unchanging standards can do that job.

It is time to Make The Church Great Again.

Every problem that America faces is a moral problem.  We have rejected the non-negotiable standards of right and wrong that American parents and American schools taught to our children for over 5 generations.  As the Biblical foundations were whittled away our nation gradually became less and less great.

I miss my parents, but I am glad that they are not around to see that not only is the old gray mare not what she used to be, but that the nation that their generation fought and died for is crumbling.  Scripture reminds us “A good man leaves an inheritance to his children’s children.”  Sadly, the baby boomers, of which I am one, have spent the inheritance.  Like the prodigal son we have spent it on “riotous living” and our only hope is to “come to ourselves.”  When will we stand up and say that we have had enough of pig-pen living?

Let’s make no bones about it; the election of 2016 will be watershed moment in American history.  Will we reject 50 years of godless government or will we cavalierly wink and nod and elect the most corrupt candidate in the history of American politics?

“I call heaven and earth to record this day against you, that I have set before you life and death, blessing and cursing: therefore choose life that both thou and thy seed may live:”

Did you know God is pro-choice?  Did you know he gave us the ability to make the right choice?

According to the latest research 71% of Americans are Christian…a decline of 8% in the past 7 years.   Let that sink in a minute.  Only 4% of Americans identify as atheist or agnostic yet it is this very small minority of Americans who have THEIR religious beliefs represented in the government.  How have Christians permitted the values of the overwhelming majority of society to be banished from public discourse?  How has our once great nation permitted our government to become agnostic in regards to moral behavior?

No matter who is elected on November 8th the responsibility for the direction of this nation will fall directly into the lap of the American church.  If Trump wins it will appear as if the Lord has given us a reprieve.  A Hillary victory will guarantee that the anti-Christian antics of those in positions of power will raise the ante for those who dare to resist the debauchery flooding down Main Street America.

As goes the church, so goes the nation.  It is time for true believers in Jesus to call out the charlatans in the pulpits masquerading as pastors and demand a return to Biblical values as the foundation of this nation. We must actively oppose the self-centered Gospel currently belching out of the mouths of the hirelings who are peddling snake-oil Christianity in order to advance their own kingdoms.

It is time to stand up and fight.  It is time to awaken to the spiritual battle that is raging around us.  It is time to fight for the inheritance that we are leaving to our grandchildren.  They will live in the nation we leave them.  What kind of nation will we have in 2020?

I pray you join me in the battle.  Christianity will never die, but Western Civilization might.  There are generations still unborn that are counting on us.