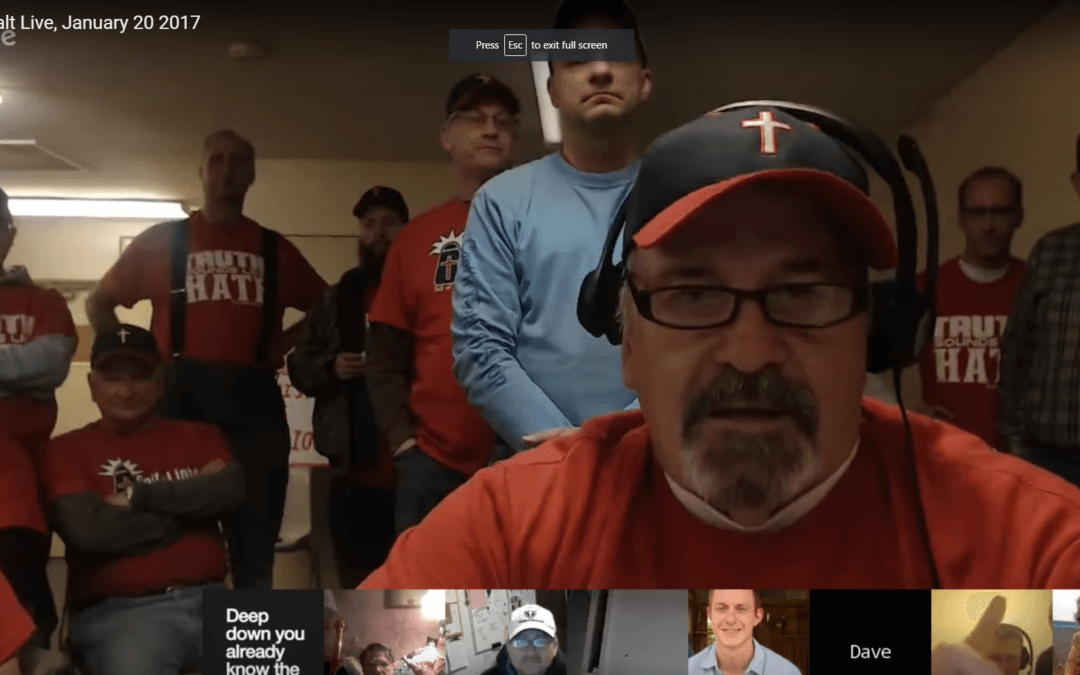 A group of twenty of my buddies and I just returned from Washington DC where we spent the weekend engaging folks with the Gospel of the Kingdom of God.  Despite what you might have heard the Inauguration and parade was a very peaceful and inspiring event.  Although there were episodes of violence initiated by the anarchists, they had very little impact on what was actually happening on the National Mall or along the parade route.

Now the Million Feminazi March on Saturday was another story.  Femininity was in short supply but it does seem as if the women who attended have been successful in attaining their main goals.  They claim to want to be treated equally with men and from what I witnessed I would have to say that they have been very successful.

We are watching the suicide of womanhood.

Our goal in travelling to Washington was to awaken the conscience of a nation to how comfortable we have become with sin.  The failure of the church to call out sin has led to an epidemic of it in our nation.  Calling certain behaviors sin is not a very popular activity these days and is sure to draw the ire of both sinners and saints in today’s who-are-you-to-judge culture.

So we created a T-Shirt that all of our guys wore when we journeyed to the parades.  They were the single greatest Gospel-conversation starter I have ever used.

On the Front the shirts said TRUTH SOUNDS LIKE HATE.  The back of the shirt declared JESUS IS THE JUDGE and then listed some of the most prominent sins in America.  Take a look and I’ll explain how they work. 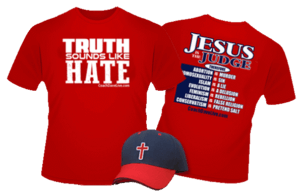 One of the most common retorts we hear when we are ministering on the streets is YOU GUYS ARE HATERS!!  We simply point to the front of the shirt and smile.  TRUTH SOUNDS LIKE HATE.

The next volley they fire is WHO ARE YOU TO JUDGE?  We simply turn around and show them the back of the shirt which declares that Jesus has already passed judgment…therefore…

The shirts led to hundreds of Gospel conversations and hundreds of cell phone pictures.  The average person is not used to such straight-forward communications.

Donald Trump has driven a stake through the heart of Political Correctness.  It is time for Christians to unashamedly declare the Truth of the Bible.  The acceptance of sin IN THE CHURCH has caused the average Christian to become “good for nothing except to trodden under the foot of man.”  Only a return to calling sin by its real name will allow the Spirit of Truth to penetrate the heart of the sinner.  They don’t call the Bible the “SWORD OF THE SPIRIT” for nothing.”

It is time for an end to politically correct sin.  The Bible uses the term Sodomy…not Gay.  It calls sleeping around fornication.  Telling an untruth is not misspeaking, it is lying.  The killing of an unborn baby is murder, not choice.

As is often the case the ones who take the most offense to our shirts are church goers who tell us that we should “love the sinner but hate the sin.”  That sounds nice, but that was a quote that came from Gandhi…not Jesus.

What is written on the front of the shirt is only part of the message.  As we found out again this weekend in DC…The Truth Sounds Like Hate To Those Who Hate The Truth.

Jesus is the Truth.  It is time we started calling things the way HE sees them.

If you are courageous enough to wear one you can get a shirt of your own by going to https://coachdavelive.com/donate.

Jesus is the Judge.  Truth only sounds like hate.  Only the truth will set others free.