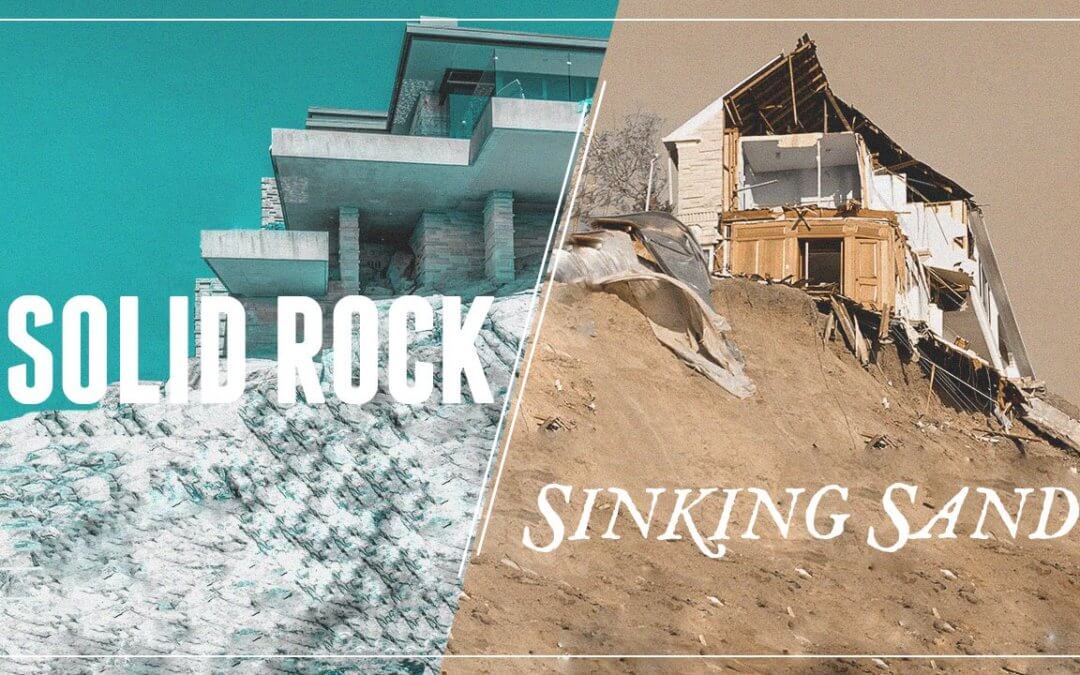 America is in moral freefall.  The open and blatant lying from the halls of our once great experiment in self-government has exposed a crumbling foundation of a city that once illuminated the world.    The light is flickering and darkness hovers over the land.  The flood of secularism and its shaky foundation has left our nation groping in the darkness.  We have traded wise men for the foolish men and great will be our fall.

America has fallen from within.  We have done it to ourselves.

The Founders of this nation, flawed though they were, understood the importance of shared values.  All nations are built upon a common set of moral values and for just over 200 years this nation’s foundation was the rock of Christianity.  Despite what the anti-moralists may try to convince you, America was formed upon the principle that liberty was the birthright of every citizen but that liberty was anchored to a set of immutable principles.  It was those unchanging precepts that secured “the Blessings of Liberty to ourselves and our Posterity.”

But somewhere along the way a soft coup was executed and the rug was pulled out from under our feet and we have been dealing with shifting sand ever since.  America was great, a wise man told us, because America was good.  But with the removal of the Bible as the cornerstone of our Republic the time-tested values of God’s Holy Commandments were sandblasted off of the walls of our institutions and replaced with the sinking sand of secularism.  God’s laws are immutable.  The laws of secularism are constantly shifting.

Today, our nation is governed, not by immutable laws written in stone, but by emotion driven values driven by “feelings”.  As emotions change, the laws change.  Soon the rains descended, the floods came, and the winds blew and Humpty Dumpty had a great fall.  The secular kings and their secular horses could not put the nation back together again.

The secularists have mimicked God.  They have tricked us into accepting counterfeit commandments that were designed to create a secularist utopia.  They have successfully replaced the six thou-shall-nots of God with their more modern version of morality based not on the immutable laws of God but upon the ever-changing flood of human emotions.

Thou shall not kill, steal, lie, sleep around, covet, nor dishonor your parents have been jettisoned from the American psyche replaced by the emotion driven sand box of tolerance, diversity, sexual anarchy, if it feels good do it, all beliefs are equal, and who am I to judge silly putty.

An ever changing society requires a never changing standard in order to survive.  Secularism secures nothing except the temporary.  No long term culture was ever built upon a constantly-changing foundation.  America is no longer great because they have changed the meaning of good.  We have been here before.

“In those days there was no king in Israel but everyone did that which was right in his owns eyes.”

Secularism is doomed to failure.  A moral system built upon the ever changing whims and emotions of the individual citizen cannot stand against the onslaught of evil designed to destroy the foundations of a nation.

Godless emotions are sure to succumb to the evil hearts of men unrestrained by the laws of God.  Secularism is to a nation what a windmill is to nature.  Rather than giving direction to the storm it swings whichever way the wind blows.

What would this nation look like today if we had remained anchored to the ROCK of AGES?  . If we had held our ground when the winds blew we would not be dealing with most of the social issues we have today.  Every problem America faces today is a direct result of our moral capitulation in the face of a storm of immorality.

Secularism cannot save us.  Everyone doing what is right in his own eyes will not work when the people are blind to a shared belief of right and wrong.

In America today, the blind are truly leading the blind.  Is it any wonder that we have ended up in a ditch?