Stop Conceding the Truth to the Lying Left 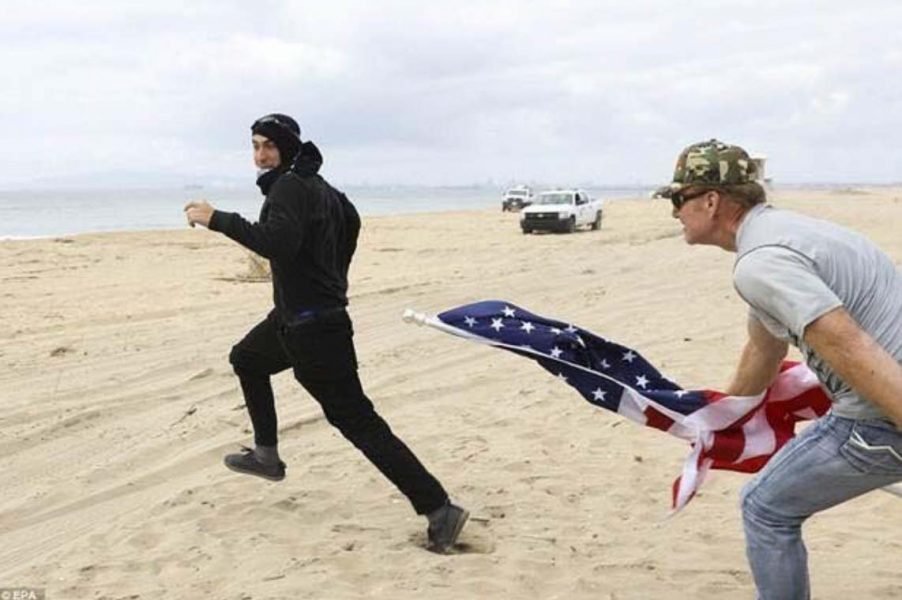 If you do anything today make sure you take the time to read this powerful article written by Kurt Schlichter.  Until we realize that the LEFT HATES US and that they are playing for keeps we will never understand the battle before us.

God is Love and Jesus is the Truth.  So would I be wrong to state that the greatest expression of Love is Truth?

LOVE CONQUERS HATE the piously passive pew sitters tell us.  But they miss the point.  Love fights.  Love defends.  Love protects.  Love gets involved.  Love engages lies with the Word of TRUTH.  That is what Jude meant when he wrote that we should “earnestly contend for the faith.”

Can’t you see that love conquers hate by confronting it…not loving it?  Love is a person who destroys hate with Truth.  The Truth sounds like hate to those who hate the truth!!

Contending for the Truth is greatest expression of love.  Jesus is Truth.  Defending Truth is the greatest example of love.

But one four-word statement from Mr. Schlichter’s commentary jumped up and gob-smacked me like a sloppy lick from our German shepherd’s watery tongue.

That is what we have done my friends.  We have conceded their lies.  We have accepted their lying precepts.  We have compromised away our authority because we have refused to stand up and speak the Truth.  The Left’s entire plan of attack has centered around lies and in our desire to appear  “Christian” by being “tolerant” we have yielded the solid moral ground upon which our only sure foundation can be built.

The American culture war is being lost because of lies.  The Left’s lies.  They are incapable of winning if they are forced to deal with the Truth  American’s future has been destroyed not because The Left  have taken the low road, but because we have abandoned the high road.  There is no high road anymore.  That was the path that the church was supposed to guard.

The Lying Left has told us that there is a separation between God and morality.  They have steered the ship of state into moral anarchy by simply lying to us that there was separation between the church and state.  The Church simply rolled over and accepted the Lordship of government over the Lordship of Christ.  The Devil told Eve that if she would simply shrug off that moral law that she would be like God.  Today, the American church fears the government far more than they fear Almighty God.

The Lying Left told us that we could have sex without consequences.  They fought for the right of a woman to control her right to reproduction.  They told us that sex was for pleasure and a child was a burden.  The Church accepted that lie, lowered the bar, and yielded control of the sexual urges to The Pill.  Fornication is now commonplace and church members proudly “shack up.”  Personal morality undergirds corporate morality.  Right is right and wrong is wrong.   Jehovah is not at all inclusive.  He is the one who originally stated the premise that it is “my way or the highway.”  Wide is the path but narrow is the gate.  Despite what The Left tells you…few find it.

The Lying Left told us that a fetus was not a person.  The argument was so absurd that at first no one took them seriously.  But on January 22, 1973 the Supreme Court ruled in defiance of the Supreme Being that an unborn baby was simply a blob of cells.  We knew better then and we know better now.  Nearly 70 million lives later the LIE continues to carry the day.  Heck, today we fund the murder of the innocent in a feeble attempt to be compassionate.  Pastors refuse to broach the subject.  Politicians cast lots with the lives of innocent babies as the payoff to continued political power.  The Church has believed the lie.  Babies die as the Church holds fundraisers for meaningless causes.

The Lying Left told us that a man can marry a man.  They said that the Constitution guarantees them freedom from discrimination.  They said any two adults can make a family.  They told us that love has no gender and that holding fast to the standard of Biblical marriage is hateful.  They indoctrinate our children in this lie in government schools where your mandatory tax dollars support their lying.  They told us that no one chooses their gender.  They tell us that God “made them that way.”  They tell us we shouldn’t judge people.  Christians don’t even read the Bible they claim to follow.  They let the Lying Left tell them what the Bible really says.

I could go on.

We have to understand the disaster of letting lies go unchallenged.  Instead of agreeing that there is a separation between the church and state we should invest our energy in challenging that lie.  As soon as you acknowledge that a woman has a right to choose to murder her baby the battle has already been lost.  We strike out before we ever reach first base.

Racism is a made up issue.  Feminism is a lie that only gives men the right to be irresponsible. Man made climate change is a fraud.  Micro-evolution is as phony as a $3 bill.  The Left created the generation gap.  Large families are a blessing not a curse.

Everything the Left does destroys what was good.  They use lies to create a crisis where none existed.  They create it.  Market it.  Promote it.  Force us to pay for it.  Only to watch it destroy us.  We proudly partner in the suicide of moral values.

Instead of opposing the Lies of the Left our churches have adopted, endorsed, and Christianized them.  We have ignored God’s command to “have nothing to do with the unfruitful works of darkness, but rather expose them.”  Ephesians 5:11

“Be you not unequally yoked together with unbelievers.  For what fellowship have righteousness with unrighteousness? And what communion hath light with darkness?”  2 Cor. 6:14

We must shake off the Lies of the Left.  We must oppose them…expose them…and destroy them.  We must stop trying to be nicer than Jesus.

Only the Truth can make us free.  It is time to stop conceding the Truth to the Lying Left.