The Church is Playing Small Ball 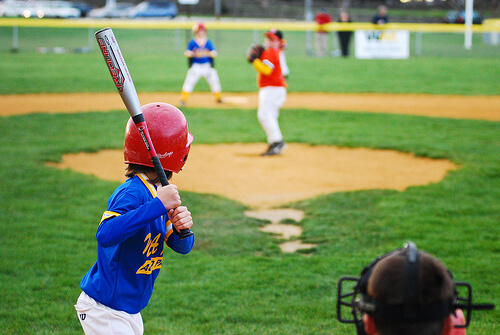 The Church is Playing Small Ball! You may not be familiar with the term, “small ball.”  That is the terminology given to a strategy in baseball where a team without a lot of firepower is relegated to employing a strategy where they resort to merely trying to score one run per inning.

As all baseball fans understand each batter gets three strikes, each team gets three outs per inning, and each game lasts nine innings.  A small ball strategy requires that a team must be willing to, “give up an out” in order to, “sacrifice” bunt a runner to advance him to the next base.

The hope is that by sacrificing an, “out” in order to get the runner into scoring position simply requires a well timed base-hit by one of the two remaining batters to score the runner from second base.  The sacrifice bunt is ineffectual if the remaining batters are not able to deliver the run-scoring hit.

A quick study of baseball statistics will find that, on average, the winning team in a baseball game will score more runs IN ONE INNING than the losing team scores during the entire game.  In other words, “big innings” where multiple players make it to the plate in the same inning increases the likelihood that a team will win a game.

Small ball works if the other team is unsuccessful when they get a chance to swing the bat.  Most successful teams usually come to the conclusion that “playing for the big inning” brings a better chance of victory than the strategy of “small ball” where one third of the outs are freely “sacrificed” away each inning.

That is why Christianity has failed to win the cultural war.  This “small ball” approach has resulted in the loss of nearly every “game” that the “religious right” has engaged in.   Our entire approach to the “war for the heart of this nation” has been one in which our team has been willing to sacrifice bunt in hopes of moving a runner into scoring position.  Our runner usually ends up stranded at third base because too many of our hitters have failed to deliver in the clutch.

In the wars that really matter our team has failed to go for the big inning.  We hoped to bunt our way to victory while our opponents have been “swinging for the fences.”  As is often the case in a real baseball game we continue to get our hearts broken when our dastardly opponents deliver a booming home run late in the game… Clearing the bases and dashing our hopes.

“Wait til next year” is the lament of perpetually losing baseball teams.  It is also the battle-cry of the weak sacrifice bunting Christian Church.

The Church is Playing Small Ball! What Does This Mean?

Is anyone besides me sick of losing? The Church is Playing Small Ball and is Losing!  Does anyone but me think that it is time for a new strategy?  Would anyone else out there join me in the cry that it is time that our side started swinging for the fences?  We sacrifice too often in our attempt to merely score a run when our team needs a home run.

God has a team and His team has plenty of power, but our leadership, doesn’t like the long-ball hitters.  They are embarrassed when they send their “heavy hitters” to the plate only to watch them strike out.  Oh, they cheer when Casey At The Bat connects, but they feel much more comfortable with the players who can beat out infield singles and successfully advance the runner to second with a beautifully executed bunt.

In life, just like in athletics, the real shame comes from our failure to “get in our hacks.”  It is time we go down swinging for the fences rather than to advance to first base by getting hit by a pitch.

(I’m not sure you know where I am heading.  I’ll try and load the bases now.)

God moves through people.  He often does miraculous things through the works of human hands.

Jesus told us, “All power is given unto me both in Heaven and on earth.”  We have the Greatest Coach in the Universe with the greatest team ever assembled.  But we want to play small ball.  We want to compromise (bunt) our way to victory.  We won’t bring out the heavy hitters.  We don’t swing for the fences.  In fact, we don’t even want to bat… we want Jesus to miraculously hit the ball out of the park without us ever picking up a bat.

What if our team followed our Coach’s orders?  What if we re-criminalized abortion and sodomy?  What if we kicked the Devil out of our public schools?  What if we flexed our muscles and started swinging for the fences?  What if God’s people demanded HIS return to HIS rightful position as the head of this government?  What if God’s team played with as much commitment as the Devil’s team?

God’s kids are settling for the crumbs off of the Devil’s table.  What if we played like the game was tied, the bases were loaded, and our clean-up hitter was walking to the plate?

The Church is Playing Small Ball, and it is not working.  We need Mickey Mantle.  Instead we get Mickey Mouse.