The Deplorables Are Digging In 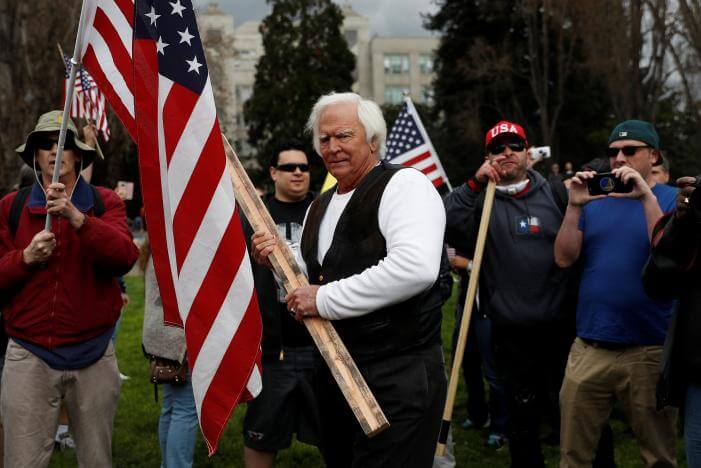 The best thing you can possibly do for your sanity is turn off ALL television news.

All of it… including FAUX News.   We just don’t understand how deep the deception goes.  There is no such thing as “conservative” news and “liberal” news.  In fact, any news organization that tells you that they are bringing you “fair and balanced” news cannot be trusted.

There is no such thing as fair and balanced Truth.  Truth stands on its own and does not have multiple perspectives.  Truth has no left side and no right side.  There are never two sides to the Truth.  Fake news is not real news.

I remember from the old Perry Mason shows that my parents used to watch when I was a child that witnesses placed their left hand on the Bible, raised their right hand, and swore to tell “the Truth, the whole Truth, and nothing but the Truth.”  Not fair and balanced Truth.  Not liberal or conservative truth. Today, Truth has become an opinion.

Today’s media is designed to confuse you.   It is structured to get you to question the obvious.  The media have taken a page from the book of the sleight of hand magicians who ask, “Are you going to believe me or your eyes?”

We no longer believe our eyes.  Lying has become so common place… so much a part of the culture of America today… that it no longer bothers us when our elected officials lie to us.

“How do you know when a politician is lying?” goes the old joke.

“When you see his lips moving” rattles the punch line.

Well, most Americans are punch drunk and incapable of discerning the Truth from propaganda.  That is what the mainstream media has done to us.  They have fogged our memories… bombarded us with fake news… to the point that we continue to re-elect the very people who lie to us.  We have lost the ability to think.

There is a stirring in America.  A slow awakening is leading people to the realization that something is VERY wrong and that somewhere along the line we have been snookered.  The sleeping giant is beginning to roll over.

A steady stream of lies and disinformation is about to run dry.  Millions are finally finding their way to dry ground.  One by one the shoes are beginning to drop.

As much as you may hate to admit it much of the credit for this awakening is a direct result of the tactics of President Trump.  His no-holds-barred attack on FAKE NEWS has emboldened a former silent demographic of the American populace to once again “question authority.”

Isn’t it ironic, that same slogan planted during the rebellious sixties by LSD proponent Timothy Leary is resurrecting in the hearts of the now grandma and grandpa former hippies?  Leary and his communist cohorts embedded rebellion in the hearts of these same once-teenage gray hairs and today the “deplorables” are leading the charge against the now-socialist government.  It is a beautiful thing to watch.

These now “old timers” have rebelled against a corrupt political system and four decades of socialist indoctrination to realize that they have lost the great nation that they thought they were leaving to their grandkids.

The genie is not going back into the bottle.

Most of the former hippies have watched with disdain as the President they elected is being assailed from all sides… including the “conservative Republicans” that they have been taught all of their lives were fighting for their values.  The mask has come off.  Their eyes are finally open.  They long for a return to a nation in which their grandbabies can be free.  They see it rapidly slipping away because of the wanton neglect on their watch.

The Left is losing and the Left knows it.  They have pulled out all the stops in their attempt to dam up the flood of the “America First” cries from those who bear the scars of the Vietnam fiasco.  They remember what America used to be.  Trump is their champion… and they are aware of  all of his warts… but they have cast their lot with this unvarnished, rough American.

I am reminded of the time in 1989 when then Michigan basketball Coach Bill Frieder was fired by AD Bo Schemblecher over rumors of Frieder taking a similar position at Arizona State just days before the NCAA tournament began.

“A Michigan man will coach Michigan” a defiant Schembechler said upon Frieder’s release.  The 1989 Wolverines went on to win the National Championship under Michigan man Steve Fisher.

American’s are sick of the double-talking globalists masquerading as their elected officials.  They have had enough of the Bushes, the Clintons, the McCains, and the McConnells.  They are up to their ears with the alphabet news channels.  They are sick of the education system and the anti-God, anti-American, anti-all-they-believe-in bilge oozing from the universities.

No one can predict how this whole thing is going to play out.  The Left is beginning to eat their own as every bullet they fire ends up being a blank. The Left is being exposed.  Everything the media tells them is fake and they are sick of it.

Will the American ship survive?  Will the globalists and their nefarious agenda carry the day?  What kind of nation will the former hippies leave to their posterity?

Their cards are on the table.  The pot is right.  The Deplorables have gone “all-in” with the man with orange hair.

Come what may they will not be moved.  They don’t believe the lying media and they don’t care what Trump has done in the past.  When it is all said and done they will take the Bo Schembechler approach.  The Deplorables are digging in.  Donald Trump is their man.

They have chosen an America-first man to lead America.