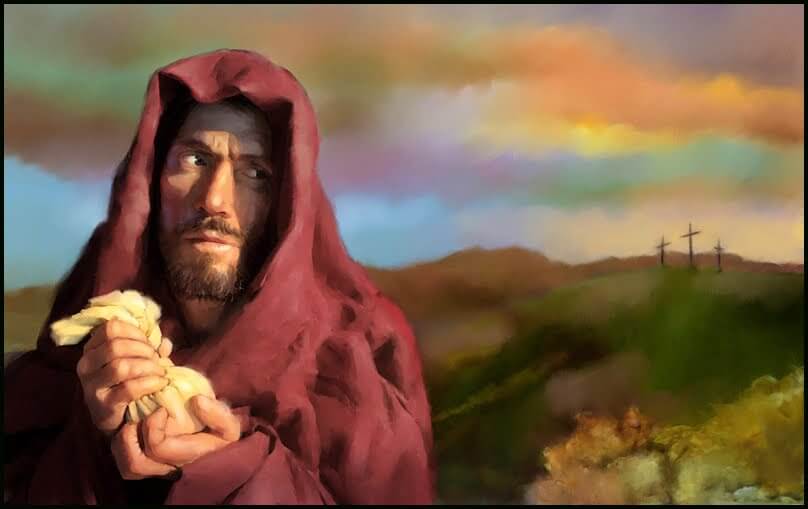 “I am the way THE TRUTH and the life…” Jesus Christ later on in John.

The political left is replete with liars.  Watching the latest escapades of Hillary Clinton should cement that fact in the mind of anyone who is honest enough to admit the Truth.

But she is not alone in this assessment.  Nearly every leader on the political Left has the same forked-tongue approach to governing.  The truth is always an obstacle to them.  Facts are not difficult things for them to deal with because they deny them or lie about them.

The particularly good liars make it into leadership.  Go ahead…rattle off the names…Clinton, Clinton, Obama, Pelosi, Reid, Wasserman-Schultz…honesty is a negative in the anti-Christ party.

If Jesus is the Truth (His words) then anything than goes against Him is anti-Truth…or anti-Christ.  Being anti-Christ is not the same as THE anti-Christ but we are told that the anti-Christ spirit is at work in the world.  Read about it here.

Hold your britches a second.  This is not an endorsement of the Satan-lite party, the Republicans, who certainly have their share of liars in their midst as well.  The “Right” does tend to lean more towards doing what is right and try and base their beliefs and actions on Truth.  Republicans just aren’t as prolific or as accomplished as their lying comrades on the Left.

However, the Left’s entire foundation is built upon the denial of Truth.  Heck, even the “pastors” that support them do so based on lies.  Black pastors, and most social justice “ministers” are grounded in identity politics…race, gender, economics…placing the fealty to “their people” above their fealty to Christ.

The Apostle Paul, writing on behalf of the Holy Spirit stated that there are no divisions amongst believers in Jesus.

“There is neither Jew nor Greek, there is neither bond nor free, there is neither male nor female: for ye are all one in Christ Jesus.”  Even the idea of a “black” church or a “white” church is anti-Christ.  Unfortunately, nearly 95% of black Americans deny this Biblical Truth and voted for a man based solely on the color of his skin.

That is how the Left operates.  They lie.  They lie to people to get votes.  They “have a form of godliness” but are miles away from the Truth.  The Left serves the father of lies.  They repeat his lies and deny the Truth.

A true Christian, black or white, cannot be racist.  Racism is a lie straight from the father of lies.  Jesus told us that His followers will not be deceived by the voice of the liar.

Jesus taught us that ALL children are a gift from God.  He taught us that BEFORE He formed us in the womb He knew us.  He told us that to choose life was always the right choice.

The Left teaches children are a burden.  They teach our children that a fetus is not living.  They teach us that death is a better choice than life.

The Bible, which is Word of God, teaches us that a marriage is a union between a man and a woman.  It teaches us that we are to remain married until parted by death.  We learn that the purpose of the marriage bed is procreation.

The Left teaches that we are here merely as a result of chance.  They declare that we are no different in value than a gorilla in the zoo.  We are convinced that we are all different simply because of the color of our skin.

The Bible teaches that we are born into sin and that sin will ultimately lead to Spiritual death.  The left teaches we are born with natural compulsions that cannot be controlled.

The Bible teaches there is a God and that we were designed to serve Him.  The Left teaches that WE are gods and that we self-determine what is best so that we can serve ourselves.

Hillary clearly lied, but it doesn’t matter.  Lying is a virtue on the Left.  They simply change the Truth into a lie.  They have called good evil and evil good.  Who are you to judge, they ask us.

If you like your doctor you can keep your doctor.  Cops are racist.  The economy is booming.  Abortion is healthcare.  Opposition to sodomy is hate.  Government is gracious and God is a bigot.  Court decisions are laws.  Two mommies are as good as a mommy and a daddy.  We need more money for education.  Bruce Jenner is a woman.  God is dead and the Supreme Court is alive!

“Christians” believe the liars…support the liars…vote for the liars.  What hope is there for us?

The left is full of liars.  You would think true children of God could recognize that.