Time to Go for the Jugular 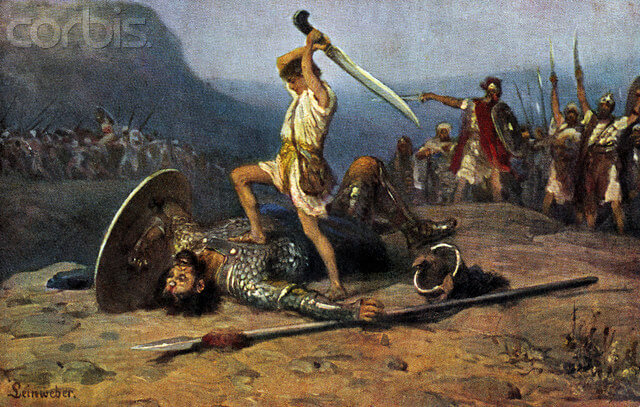 For most of you reading this the thought of killer instinct and Christianity do not seem to go together.  In our desire to “show the love of Jesus” we have permitted the Name of the Lord to be dragged through the mud.

I always find it interesting that Christians think it glorifies the Lord to come up on the losing side of the debate.  It is the FEAR of the Lord that is the beginning of wisdom.  The political world no longer fears Christianity and as a result they have no fear of the Lord.

“In wrath remember mercy.”  When was the last time you heard a pastor preach on the wrath of God?

The election of 2016 will go down in history as a watershed moment in the battle for Western Civilization.  Against all odds the most anti-Christian Party in the history of American was jettisoned from their perch of power.  The miraculous election of Donald Trump did not happen without the intervention of Almighty God.

We can argue all day as to whether his election was a blessing or a curse but no matter which side of the goal line you stand you cannot deny the Supernatural intervention.  Donald Trump was God’s foot-in-the-door to the anti-Christ Clinton’s and their criminal enterprise with their machinations designed to heave the final shovel of dirt on this once Christian American Republic.

It is my belief that very few Christians understand how close we were to the criminalization of Christianity and the overthrow of Western Civilization.  The fact that you think what I just said was hyperbole shows just how blind you were to the sword of Damocles swaying over our necks.

I believe in the very depths of my being that Almighty God has given us a temporary and final reprieve from the outpouring of His terrible wrath.  Could it be that in His wrath he has remembered mercy?

Look my Christian friends.  We are in a war. As hard as it may be for you to believe the Bible teaches us that the Devil has a team.  In the past couple of months his team has come out of shadows and is in full-force rebellion against all things righteous.

The biggest mistake that an athlete can ever make is to underestimate your opponent.  Our enemy plays to win.  They do not take no for an answer.  They are relentless in their attack and they are unrelenting in their desire to overthrow the King of Kings. We have only begun to experience the depth of wickedness to which they will descend in order to regain the lofty perch from which they have ruled.

History will record that we are embarking on the Gettysburg of this cataclysmic battle.  We must win NOW or we will never have the chance to win again.  Yes, my friends, it is that serious.

Why don’t Christians play to win?  Why do we think it glorifies the Lord to see the enemies of the cross seize control of this nation?  Why do Christians fall all over themselves in attempt to show how loving and tolerant we are?  Why won’t we fight for righteousness in support of the Conquering King we claim to serve?  Why are we so hell-bent on loving the Devil’s team more than we love the Lord’s?

Please don’t give me that “we win in the end” crap.  It is nothing more than a cowardly excuse to keep us from engaging the enemy.  Jesus came to “destroy the works of the Devil.”  Why doesn’t it bother us that our enemies are ruling over us right now?  When will we rise up and see His Kingdom come “in earth” as it is in Heaven?

Despite what you have been miss-taught this world does not belong to Satan.  Jesus won it back at Calvary.  ALL POWER IS GIVEN UNTO ME BOTH IN HEAVEN AND IN EARTH!  If Jesus has ALL power…how much power is left to the Devil?  What in the name of hell is Satan doing controlling this nation?

The haters of God are on the rampage.  For the first time in two generations they are on the defensive.   They are no longer calling the shots as God’s bulldozer is clearing the field of political correctness.  It is time for those of us on God’s team to go for the kill.

Growing up I loved the story of David and Goliath and the upset victory that he pulled over the uncircumcised Philistine.  David didn’t show the love of Jesus to Goliath.  He didn’t reach across the aisle and reason with him.  He didn’t negotiate the terms of surrender with the Giant.  He didn’t share the Gospel or the Four Spiritual laws with him.

David ran towards his enemy, slung a stone at him, knocked him to the ground, cut off his head, and paraded his stinkin noggin down Main Street in Jerusalem.

I had a friend tell me one time when I was taking on a pretty imposing foe, “If you shoot the King you better make sure that you kill him.”

Somebody slung a stone and dropped the communist/progressive/anti-Christian giant masquerading as a political ideology. Christians are going to have to make a decision as to whether it is more Godly to love our enemies or crush our enemies.  The giant is wounded and I think it would be wise to follow David’s example and cut off the head of the snake.

All good coaches understand the importance of momentum.  When you get the opponent on their haunches you do all that you can to crush them.  Our team has finally awakened and our opponent is wounded.  Now is not the time love them…now is the time to bury them.

We cannot go soft and allow them to pull victory out of the jaws of defeat.  God has given us victory over our enemies.  This opportunity will not come again.

“The Lord is a man of war: The Lord is His name!”  Let’s follow David’s lead.

It is time to go for the jugular.