Who Cares What They Say 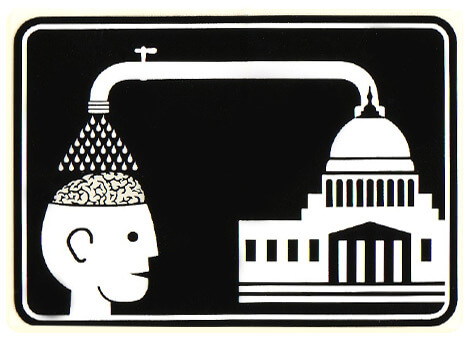 Just because someone happens to make it onto the television does not make them an expert.  Have you ever asked yourself, “How did this talking head get this gig on television?”

“What makes him an expert?  Why am I supposed to believe anything I hear on the any ‘news’ program?”

I saw a clip of David Gergen on CNN the other night.  Can someone tell me why I should give a rip about anything he says?  Who made him an expert?  Am I supposed to believe that he is unbiased and doesn’t have friends in the upper echelons of the establishment of both parties?

Who signs his paycheck?  Who selected him to be an, “expert” on CNN?  I think these are important questions.

It is all a game.  They are playing us for fools.  Anyone with a modicum of common sense knows that Hillary is not more popular than Trump.  She is yesterday’s news.  She is a hag.  Most men I know cannot stand the Nurse Ratchet similarities that she exudes.

They are setting us up.  They want to convince us that she is leading when she is probably 20 points behind.   But if they can convince us that the race is close then they might be able to steal the election through voter fraud.

They just tell us that they did because the “polls” showed that the race was close.

The polls are rigged.  The polls are designed to convince you that the race is close.  They are not used to show what is really going on but what they want you to believe is going on.  Fair and balanced…

So the media networks flood us with their “experts.”  The “experts” are hand selected to drive an agenda.  It is all an illusion.  It is all propaganda.  They are playing us for fools.  Homos anchor the news.

I have not turned on the TV since the Cleveland Cavaliers won the NBA championship.  That was June 19th.  The TV in our home has not been on since that game ended.

It may not EVER be on again.

I am sick of it.  I wish the election were tomorrow.  I wish Americans would shake their freakin heads and wake up from the mind-controlled news that is trapping inside the left/right box that the media masters have tried to imprison them.

I am sick of it.  I don’t give a damn what they say.  I’m not watching their stupid shows and I am not drinking their deadly Kool Aide.  I’m sick of the divide and conquer techniques currently being used to imprison the minds of the American people.

I couldn’t care less what Don Lemon thinks.  George Step-all-over-us is full of crap.  Danna Brazille, Paul Begalla, The Five, Bill O’Reilly, Wolf Blitzer… has anyone seen Candy Crowley… get out of my freakin life and out of my freakin head.

They are all in on it.  A two-card Monty.  Limbaugh, Hannity, and Levin, verses Anderson Cooper, Rachel Madcow, and NBC, ABC, CBS…turn them all off.  Disney owns ABC.  Disney owns ESPN.  Disney’s leftist-influence would make Walt Disney blush.

Turn them all off.  Let your mind clear.

Stop repeating the talking points that some talking head injected into your brain.

Turn them off.  Turn them all off.  Think for yourself.

Our nation is at risk.  Lies and liars are ruling the day.

I couldn’t care less what some expert on the TV says.  Stop swallowing their slop.

Seek the truth… it is all that can set you free… wake up while you still can.