Why Does No One Care? 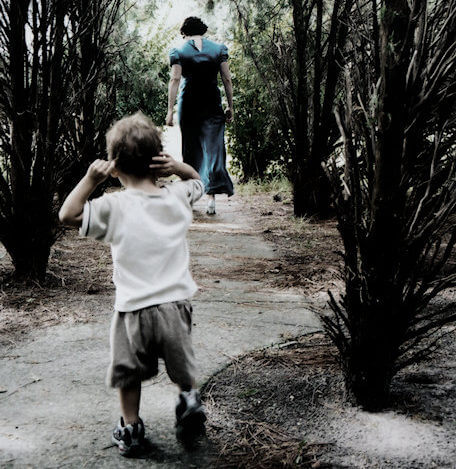 Why Does No One Care? ”I’d rather die than let you Christian bigots win,” the butch-haired, plumpy woman screeched at me.  “Women have fought too long and hard to gain our rights and we will not remain silent as you Neanderthals try and drag women back into the dark ages.”

She held a sign that read Keep Your Laws Out Of My Vagina as if that particular body part was of interest to anyone. Do Any Christians Care? One of the many things that you quickly come to understand is that lesbians are the biggest proponents of “reproductive” rights even though the “right” really had no bearing at all upon their own lives.

It is simply a living parable of their rebellion against “the natural use of the woman” being forsaken by those who are living in defiance of the Word of God.  Misery loves company and I always assumed that women who couldn’t naturally reproduce wanted to get as many women as possible to join them in their barren lifestyle.  Sad but true. Why does nobody care?

But I appreciated her tenacity.  As we left that day I mentioned to my wife that it was too bad that Christian women weren’t as committed to life as these lost women were to death.  More women are active in their support of death than those who claim to be in support of life.

Life or death?  Make a choice.  Can anyone explain to me when or why death would ever be the right answer to that question?  Proverbs tell us, that “all who hate me love death.”  That explains the pro-abort position.  Can someone help me explain the pro-life position?  Why won’t “pro-life” women fight for life?

Why do those who support death fight so hard to get their way while those who love life fight so little to preserve it?

“Let’s face it Honey,” my wife opined as we climbed into our PT Cruiser for the ride home from Planned Parenthood. “No body cares.  Most of the churches claim to be pro-life but they really don’t care. That lesbian is committed to her cause.  Most Christians couldn’t care less.  It is hard to win when no one will fight.”

Do Any Christians Care?

Why won’t we fight?  Why won’t Christians stand up and push back against the wanton evil that is cascading down the gutters of Main Street America?  How can there be so many churches and so little push back?  Why is the anti-Christ agenda of the God-haters winning the day?

Let me use another conversation I had last week to contrast the debate I had with the cropped-hair lesbian.  My wife and I were talking to a friend about the latest revelations of body-part merchant Planned Parenthood.  Try as we might we could not get our dear friend to get worked up about the slaughter of innocents taking place at the death camps.

“I’m with you guys,” she told us.  “But I don’t really get all worked up over abortion.  There really isn’t much I can do about it and I’d rather think on happier things than abortion.  The way I see it, Jesus is in control and it will all work out in the end.”

I didn’t know whether to laugh or cry.

But that is the typical response we hear.  Try as I might I can’t find one verse where the Bible tells us that apathy is the best philosophy.  In fact, I think the Bible teaches just the opposite.  How has the church missed it so badly?

Why are the Devil’s kids never apathetic?  Why is it that they spend their time, effort, and finances to advance their death-loving agenda?  What can we do to get “our side” to get more actively engaged in the culture?

Perverted men are winning court decisions all across the nation for their right to be able to use the ladies room.

God-fearing ranchers are being shot dead in cold blood for simply standing up against the thievery of their land by a tyrannical government, Do Any Christians Care?

Small business owners are being financially crushed for simply living out what the Bible teaches them, Why Does No One Care?

Children are being taught in our schools that all sex is equal and that all types of fornication are perfectly normal, Do Any Christians Care?!

Last month I had a friend of mine accompany me to the abortion clinic for the first time.  The steady line of cars pulling into the parking lot was more than he could handle.  The reality of young college-aged women willfully leading their child to slaughter touched him deeply.  Out of the corner of my eyes I saw him drop to his knees and quietly begin to weep.

“Coach, if we could get 100 men here this would stop!  Somebody has to do something about this.  I had no idea what went on here.  We can’t let this slaughter continue.”

That was a month ago.  He hasn’t been back since.

My mind often returns to the abortion clinic and the commitment and conviction of the pro-murder lesbian.  She was willing to die for her right to kill.  As much as I hate to admit it, her side is winning.

Why are we so calloused?  Why does no body care?

But as our Christian friends love to assure us, we really shouldn’t get so worked up about the child killing. That just proves the point, Do Any Christians Care?.   Jesus is in control and it will all work out in the end…

Why Does No One Care!? (Watch this short video)!!  Here is where they learned such a wretched philosophy.