The Suppression of the Truth 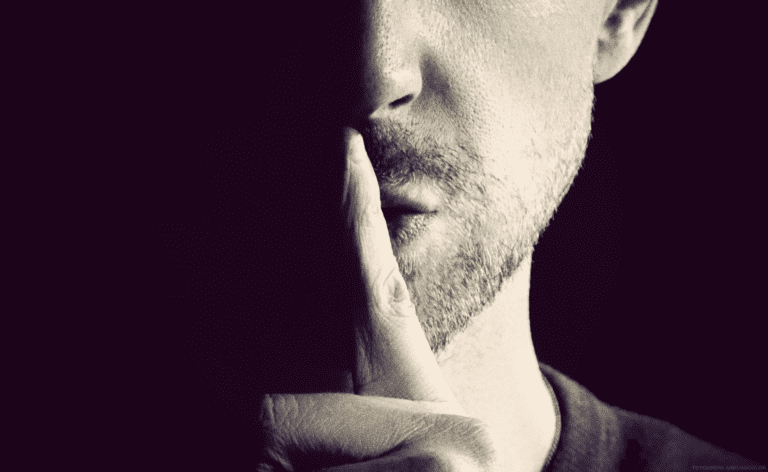 Webster’s defines “hold” as “to refrain; to stop; to restrain; to withhold. hold your laughter. hold your tongue.”

Suppress is a synonym of “hold” and it is defined as “To retain without disclosure; to conceal; not to tell or reveal; as, to suppress evidence.”

The Message Bible interprets Romans 1:18 as “But God’s angry displeasure erupts as acts of human mistrust and wrongdoing and lying accumulate, as people try to put a shroud over truth.”

So, correct me if I am wrong, but a fair interpretation of the meaning of Romans 1:18 would be that what we are seeing is how ticked off God is with all of the foolishness going on in this country because the TRUTH is being held down, censored, and suppressed.

Notice that it is not the DENIAL of Truth that is the problem, but the SUPRESSION of the Truth.  We are in this mess because the TRUTH, THE WHOLE TRUTH, AND NOTHING BUT THE TRUTH, is no longer presented.

It is hidden…covered over…incomplete…politicized.  Picture trying to hold a fully inflated beach ball under water…it takes a lot of effort to hold that ball under the water because the TRUTH keeps trying to come up for air.

The next verse in Romans says, “Because that which may be known of God is manifest in them; for God hath shewed it unto them.For the invisible things of him from the creation of the world are clearly seen, being understood by the things that are made, even his eternal power and Godhead; so that they are without excuse…”

The Luciferians hate the Truth because it is obvious.  The Truth defends itself.  It is clearly seen…therefore, the must suppress the Truth to keep you from seeing the obvious.  Truth is ALWAYS obvious…

Every one knows what a woman is.  Everyone knows an unborn baby is a human being.  Everyone knows Bruce Jenner is a man.  They only way the foolishness continues to persist is because the Luciferians suppress (hide) the TRUTH,

Does the American Medical Association not know that an unborn baby is alive?  Of course, they do, but their POLITICAL position is pro-choice so they pass the buck to the courts and permit the courts to suppress the TRUTH of the humanity of the pre-born.

What do you think shadow banning on the internet is all about?  What is the position of the Luciferian media in regards to what happened on Jan 6th?  How about the effectiveness of face masks, vaccines, Ivermectin, and hospital protocols?   Are there clear, honest, open discussions about these issues?  Or is free dialogue and opposing views being “suppressed?”

How about election integrity?  Biden’s mental capacity?  The mutilation of “trans-gendered” (as if there were such a thing) children?  Are we having an open dialogue about Ukraine, climate change, medical treatments, education?  Is the media giving us the TRUTH or suppressing the TRUTH?

Remember, only TRUTH can make you free.  Truth can be harsh.  It can be uncomfortable.  It can be frightening, but you can never truly deal with an issue until you have all the information at your disposal.  “Just the TRUTH ma’am…nothing but the TRUTH.”

Truth is the domain of Christianity.  No matter how many times Oprah and her acolytes tell us to “seek our OWN Truth” there is no such thing as individual TRUTH.  TRUTH is a person and it is the duty of Christians to defend THE TRUTH in all areas of life.

It really is that simple.

The number 1 suppressors of TRUTH in America are the Government/Media complex.  They could never get away with the lying without the silent submission of Christians.  The 2nd greatest suppressors of TRUTH stand in America’s pulpits “turning the TRUTH of God into a lie and worshipping and serving the creature rather than the Creator…”

Stop reading for a moment and think of all the lies, half-truths, and politicized Truths permeating America today.  Think of the lies being taught in America’s schools.  The propaganda being spread by the medical community.  The disinformation being belched out of the Justice Department, the Judiciary, the Executive branch, and your elected representatives.  Look at the “programming” by our media and “educational” institutions.

The Judgement of God is not coming to America…it is already here.  That is the clear meaning of Romans 1.

The wrath of God IS being revealed in America today.  “Have nothing to do with the unfruitful works of darkness but rather expose them.”  Silence isn’t golden it is yellow. Show up.  Stand up.  Speak up.

Not to act is to act.