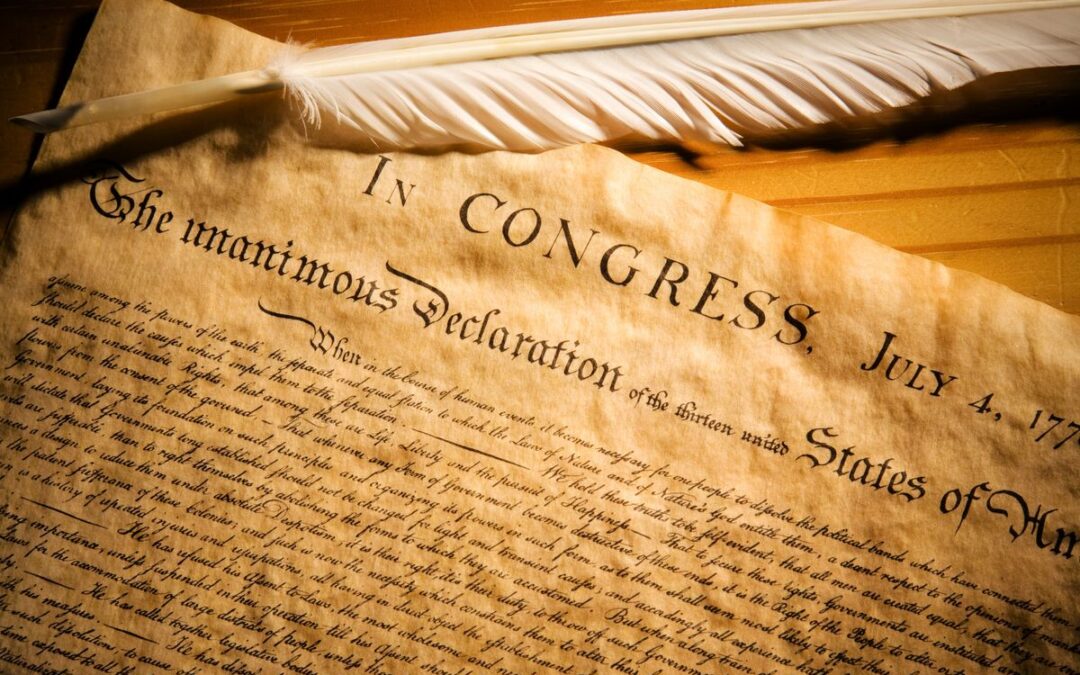 Unalienable–That which cannot be legally or justly alienated or transferred to another.

“But when a long train of abuses and usurpations, pursuing invariably the same Object evinces a design to reduce them under absolute Despotism, it is their right, it is their duty, to throw off such Government, and to provide new Guards for their future security.”  Declaration of Independence.

The Luciferian Left has destroyed the concept of America.  It has been done on purpose. The hue and cry that we constantly hear the victim class blather on and on about is a constant lament of how much their “rights” are being violated.

But it is rare to hear them talk much about DUTY.  The two are indissolubly linked.  You can not cry “my body, my choice,” on one hand while, at the same time ignoring the responsibility that precludes the “DUTY” to make personal choices.

In fact, the Declaration provides no right to do wrong.  We call that breaking the law.  Written into our code of law is the undeniable fact that you have not RIGHT to do WRONG. At least not without consequences.  As the Holy Scriptures warn us, a time would come when “everyone did what was right in his own eyes.”

So, the Luciferians simply changed the meaning of “right.”  When the dastardly Everson v Board of Education decision was handed down by the not-so-Supreme-Court in 1947, they removed the one common standard that American Juris prudence was built upon.  Their lie of the Separation between government and state actually became the separation of morality and state.

Everyone doing what was right in his eyes…

But we don’t have the right to do wrong…and it certainly isn’t unalienable.

But the worst part of this scenario is you never hear anyone speak about DUTY anymore.  Even in church.  It is not what can I do to make things better…but what can someone else do to lighten my load.  Christians, in particular, have shirked their Duty to be salt and light.

Is there such a thing as unalienable duties?

The Founders mentioned it in the quote from the Declaration listed above.  They linked RIGHTS with DUTIES, something you hear very little about today.

Are there any former Boy Scouts in America today?  If so, I am sure you remember the pledge that all scouts were required to repeat.

“On my honor I will do my best to do my duty to God and my country and to obey the Scout Law; to help other people at all times; to keep myself physically strong, mentally awake, and morally straight.”

General Douglas McArthur gave one of the most famous speeches in military history where he referred to Duty, Honor, and Country…

Is Duty unalienable?  Are there certain behaviors and responsibilities that the average American cannot avoid?  Is it possible that America is in the condition we are in because we take no responsibility for doing our DUTY to God, Country, and family?

Does it seem to you that no one wants to be accountable for their actions anymore?  Doesn’t a father have a DUTY to provide for his family?  Don’t we all have a DUTY to protect innocent life?  Is any American citizen exempt from the DUTY of demanding equal justice?

Dereliction of DUTY is a serious crime.  “Therefore to him that knows to do good, and doeth it not, to him it is sin.”  Treason is “the highest crime of a civil nature of which a man can be guilty.”  Dereliction of Christian DUTY is treason against God.

The Book of Proverbs tells us that “When the righteous are in authority, the people rejoice: but when the wicked beareth rule, the people mourn.”

Why do we see so many unrighteous people in positions of authority in the world?  How could the wicked have garnered so much power?  Because “the wicked walk on every side, when the vilest men are exalted.”

It is time for Christians in America to stand up and do their duty.  We can no longer point the finger of blame at the wicked officials that we have allowed to rule over us.  All we have to do is look in the mirror and we come face to face with the culprit.  We have met the enemy and it is us.

“Let us hear the conclusion of the whole matter: Fear God, and keep his commandments: for this is the whole duty of man”

“It is the first responsibility of every citizen to question authority.”  Benjamin Franklin.

American Christians need to man up and do their DUTY!