What Are Christians Supposed to DO? 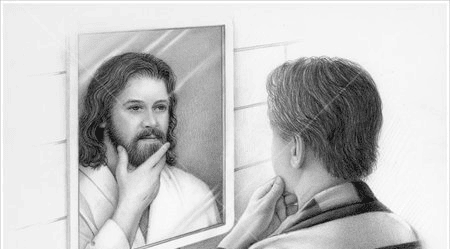 What Are Christians Supposed to DO?

I was reminded the other day of a statement a friend of mine made a couple of years ago.

“Being a Christian is a lot like being a vitamin. You simply have to B1.”

How do you recognize a Christian? Does calling oneself a Christian actually make it so?

I brought this up on my daily show (www.CoachDaveLive.com) last week in an attempt to get the folks in my “huddle” to actually think.

An entire book in the Bible is called ACTS. It is a record of some of the activities that the 1st Century Christians found themselves involved in. It is a fascinating recitation of the “acts” of the Apostles. Their faith cost many of them their lives.

Webster defines ACT as “That which is done; a deed, exploit, or achievement, whether good or ill.”

People are defined by what they DO…not simply what they are. As I once heard someone ask “if they charged you with the crime of being a Christian would there be enough evidence to convict you?” Action leaves evidence. Evidence suggests complicity. Complicity implies quilt.

Let me ask you again…what is it that Christians DO?

Except for Christians. Christians simply are…sort of like vitamins.

But even vitamins DO something. They are imperative for the proper functioning of a body.

Some plumbers are Christian. The same with butchers, bakers, and candlestick makers. Being a Christian identifies the values that one possesses…the standard by which they live their lives…but it does not demonstrate exactly what it is that their Christianity causes them to DO.

The Bible teaches us that “they will know that we are Christians by our love?” But what does that mean? Love should produce action. Love should provide evidence of belief. The Apostle Paul said that what we DO is evidence of what we believe. Action produces the fruit of belief.

What is it that your Christianity causes you to do?

No one can earn or work their way into Heaven. Salvation is by grace alone…through faith alone…in Christ alone. But works are evidence of belief. The idea of WORKS has gotten a bad rap in the church. Works are the evidence of the living out of the Christian Faith.

James 2 “What doth it profit, my brethren, though a man say he hath faith, and have not works? can faith save him? If a brother or sister be naked, and destitute of daily food, And one of you say unto them, Depart in peace, be ye warmed and filled; notwithstanding ye give them not those things which are needful to the body; what doth it profit? Even so faith, if it hath not works, is dead, being alone. Yea, a man may say, Thou hast faith, and I have works: shew me thy faith without thy works, and I will shew thee my faith by my works. Thou believest that there is one God; thou doest well: the devils also believe, and tremble. But wilt thou know, O vain man, that faith without works is dead?

Was not Abraham our father justified by works, when he had offered Isaac his son upon the altar? Seest thou how faith wrought with his works, and by works was faith made perfect? And the scripture was fulfilled which saith, Abraham believed God, and it was imputed unto him for righteousness: and he was called the Friend of God. Ye see then how that by works a man is justified, and not by faith only. Likewise also was not Rahab the harlot justified by works, when she had received the messengers, and had sent them out another way? For as the body without the spirit is dead, so faith without works is dead also.

Prayer, alone, is not works. Prayer empowers action. Action produces works. Works are evidence of belief. Belief is the incubator of action. Church attendance alone is not action.

According to Revelation 20 we will all appear at the Judgement Seat of Christ. It is there that we will be required to produce evidence of our Christianity.

Is simply BEING a Christian all that is required of the Lord? Was my friend, right? Is the Christian Life really similar to a vitamin? Just B1?

I am reminded of the Parable of the talents where the man who had only ONE buried it for fear of not stacking up. Jesus called him a “a wicked and slothful servant.”

How is your Christian-exercise program going? What action is your faith producing?

Just what is it that Christians are supposed to DO?