And the Pulpits are Silent 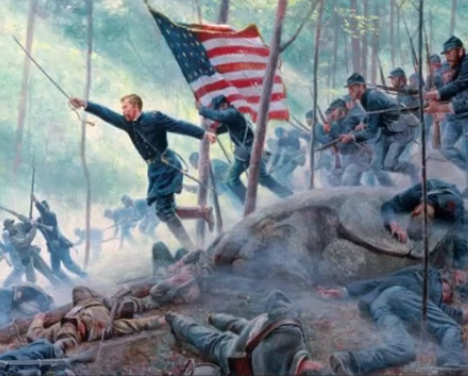 If we know that abortion is child sacrifice, if it’s all out in the open now, and the Church still won’t do anything, we are in for big judgment from God.

Jeremiah 5 says, “How can I pardon you?” When you willingly know what is going on with the murder of babies, and yet we still do nothing, you deserve God’s judgment. Where is the fear of the Lord in America?

We want to ignore the Scriptures that convict, and only read the Psalms that bless us. Instead, the Scripture calls for us to execute judgment. It is not only the responsibility of the pastors, but every one of the Believers in God.

In the Civil War, at the end of the war, Lee’s army slept, while the northern forces re-grouped. They slept!

IGNORance infers ignoring. Are we willingly ignoring the truth? Pastors need to be confronted in the same way we visit our city council and school board meetings. We need to go to the leaders of the people, everywhere, and hold them accountable.

Ignorance – to ignore what you know is true.

We need to stop ignoring baby sacrifice. God requires that we stand for the defenseless. It is a spiritual battle, and God uses us to fight for right. We are not just here to have a good time until Jesus comes back.

Ezekiel 2 – We are the voice of the Lord. We are not just out here on our own. “The Spirit entered into me when he spake unto me, and set me upon my feet, that I heard him that spake unto me. He said, “I send  thee to the children of the Church, to a rebellious nation that hath rebelled against Me. They and their fathers have transgressed against Me, even this very day…And they, whether they hear it or not, for they are a rebellious house, are going to know that there has been a prophet among them. And you, son of man, be not afraid of them, or of their words, their looks. But you, be not rebellious like that rebellious house, open your mouth and eat that I give you. If you don’t, you are just as rebellious as them. The book given by God included lamentations (expressions of sorrow, cries of grief), mourning and words of woe.

Jeremiah 7:21 – Go and tell them the truth, even though they won’t listen to you.

True prophets coming today, will be ostracized from the churches.

Leonard Ravenhill – “Could a mariner sit idle if he heard the drowning cry? Could a doctor sit in comfort and just let his parents die? Could a fireman sit idle, let men burn and give no hand? Can you sit at ease in Zion with the world around you DAMNED?”