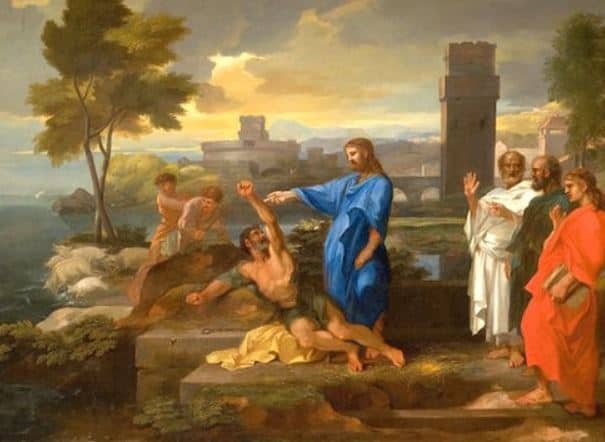 Meet You at the Polls. Visit http://www.govpray.com. This Sunday is our final weekend to pray together before the election. Prayer is essential. Public prayer and private prayer are both important.

The evil realm is all around us here on earth. Evil men have crept in unawares. Television, media, entertainment, and lots of mainstream things taken for granted, are controlled by the demonic world.

We are in a spiritual war. We need to understand how Satan works.

The Church does not understand demonic activity. Just get on the internet and ask if this is really the result of a dark time and darkened hearts. Is this just unsaved people acting like fools?

We’ve made the demonic a cartoon. Evil is being mainstreamed. Easter Bunny, Santa, Halloween…We need to be putting our armor on against these evil ideas. We are not wrestling against flesh and blood, but men who are controlled by principalities, powers, etc. The spirit of evil can do miraculous things. We wrestle against evil spirits. Some are being controlled by evil spirits outside this natural realm.

We need to take hold that we are to stand in the evil day. There is no resistance to the devil in the natural realm. Demons are more real than we understand.

We receive the Spirit of Truth, but there are other spirits in the world, that are not godly. The spirit realm has the ability to enter into people.

Romans 6:16 says “to whom ye yield yourselves servants to obey, his servants ye are to whom ye obey;”

Luke 8:2 – “Certain women who had been healed of evil spirits…out of whom went seven devils…there met Him a man which had devils long time…Jesus commanded the unclean spirit to come out of him…Jesus asked what is your name? “Legion: because many devils were entered into him…then went the devils out of the man, and entered into the swine…he that was possessed of the devils was healed.”

Mark 5:14-17 – when the Church heard about the demons being cast into the pigs, “and they were afraid…they began to pray him to depart out of their coasts.” The Church was indignant because Jesus had just ruined their economy by casting the demons into their pigs.

We need a red-pilled church, that doesn’t depend on the love of money.

Many people had tried to bind the unclean spirit, unsuccessfully. A man filled with demons cannot be held down.

The demonic realm is so real. A man was cutting himself with stones. He was controlled by demons, and content to live that way. He was kept in the tombs.

Jesus cried, “Come out of him, you unclean spirit.”

Religious people do not want anything to do with the spiritual realm. The truth has been suppressed from the pulpits.