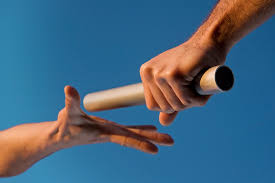 Ohio passed the heartbeat bill yesterday. 56-40. The girls who lost the right to kill their babies were having a temper tantrum. “We won’t go back.” Is what the losers were chanting, when it became illegal to murder their babies in the womb. Yesterday’s vote was a stab into the heart of the pro-abortion movement. Blood-lusting demons are mad. They were screaming and hollering.

Austin, one of my former football players, at age 15-16, was so touched, when I showed the players a picture of an aborted fetus. He had never seen anything like that. Austin was sick to his stomach, and he started praying.  He asked himself, “Why am I letting this happen?” Austin prayed that God would show him what he could do. Mark Harrington came to his high school and did a training. He became a pro-life activist and is now in fulltime ministry. Support him at austin@createdequal.org www.createdequal.org.

Read Exodus 22:22-24. “Ye shall not afflict any widow, or fatherless child. If thou afflict them in any wise, and they cry at all unto Me, I will surely hear their cry. And My wrath shall wax hot, and I will kill you with the sword; and your wives shall be widows, and your child fatherless.” God’s calling the men out, who were supposed to be providing and protecting. Maybe there should be a public penalty, like caning, for a father who doesn’t provide for his children, instead of simply putting them in jail.

American churches are full of agnostics. We are living under the evil people’s rules. Wake up, people! We’re supposed to be the light of the world.