This is It. Let’s End Abortion 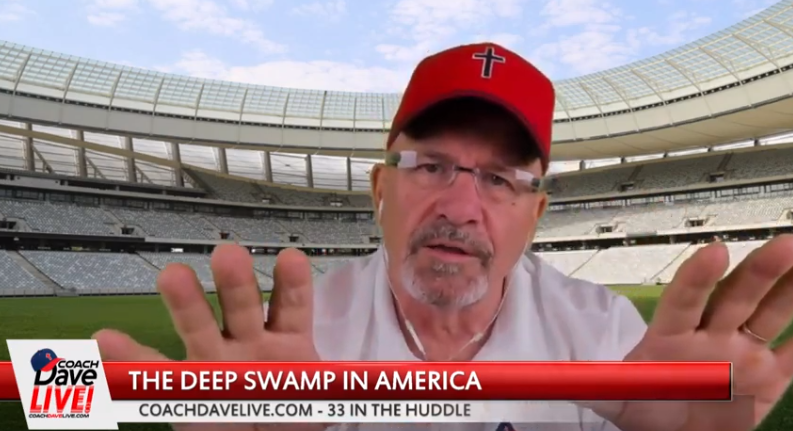 Coach opened the show talking about the heroes of Hebrews 11 and sitting around a campfire during the coming millennium and talking about past exploits.  It’s important to remember those who went before … the price they paid so that those who follow can experience the goodness of the Lord.

Without FAITH this is not possible.  The heroes didn’t receive the promise.  They are waiting.  We are going to join them … by FAITH.

Coach played the entire inspiring and informative seven minute interview with Elizabeth.  It is worth listening just to hear Beck’s observations on the event.  Beck repents for not doing more when he was broadcasting from FoxNews.

Coach observed that the potheads are more passionate about smoking pot than the church is about ending the killing of the unborn.

Larry commented on the importance of acting to end abortion.

Coach observed that Trump has kicked open the door to end abortion.  He asked, “Where is the church?”  Trump needs support from the Church.

We’re going to need to swim upstream.  That’s going to be hard.  The difficulties will make us stronger.

We are too afraid of men.

Coach read from this week’s commentary he wrote that is published on News With Views.

Now is the time to end baby murder.

America is not a krytocracy … a government by judges.

We the people must end abortion at the state level.  That is what the pro murder side is starting to do.

Arizona has said NO to killing babies.

Coach played This is It by Kenny Loggins.

Randy pointed out that God is putting a team together that can win.  God is using Coach’s leadership to do that.

Dale pointed out that the battle is becoming local.  It all started because New York decided to go beyond the Federal government to protect the “right” to kill babies that HAVE BEEN BORN.

Mike pointed out the importance of Coach’s show and the new media.  It is important to share the show on social media.

Coach ended the show playing a Facebook video of Pastor Dale singing “Our God is an Awesome God” on a cruise ship during a Kareoke time.

This Is It. Let’s End Abortion