This is Politics: Pathetic Not Prophetic 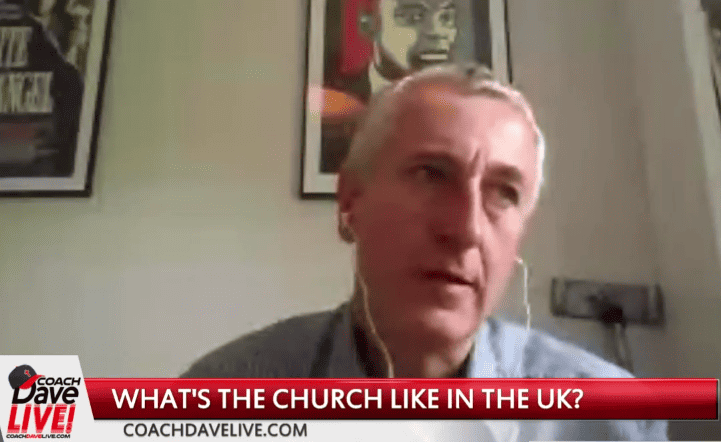 Coach opened the show talking about men and women all over the America and the world who are emailing the Coach and asking him to come to where they are and encourage them in the Lord.

Coach met Sutherland at a Hear the Watchmen conference a couple years ago.

“The church is not scratching where we are itching,” said Mark during his introduction.  “There is a massive dissatisfaction among Christians with the Church.”

Coach asked Mark about the Church in England.  He described it as apostate.  There are cathedrals that fly the gay flag over the church, and joint services with Islam.  Mark does not attend an “established church” in England.

Mark supports Brexit.  He explained the reason that a large majority of Brits voted to leave the European Union.

Roger asked about the situation with Islam in Britain.  Mark indicated that there is a push back.  Roger suggested that within 25 years England could be politically controlled by Islam.  He asked what this means given the face that England has nuclear weapons.

There are 100 Sharia law courts in England.

Coach asked about the recent royal wedding and the preacher at the wedding who promoted gay marriage.  Mark pointed out that his remarks are officially supported by the church.  He said there are priests in the Anglican church who are homosexual.  Everyone knows it.

“This is a complete and utter mess.”  Said Sutherland.

Mark talked about his film “Lambs and Lions.”  Then the huddle watched the ten-minute film.

Mark said, “I believe this is what is going on in your nation.”

We are at war, Mark commented after the video.

“We are supposed to be the prophetic voice, instead we are the pathetic voice.” Said Mark.

Mark said, “The fight is within the church.”

Mark said that he has tremendous support from British citizens.

Coach asked what the future of Christianity is in England.  He said that persecution has started.  The future involved preparing for this persecution.

Coach said that if we knew how the book ended we wouldn’t be sitting on our butts the way we are.