Thou Shall Not Covet 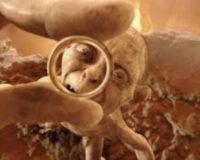 We don’t understand the Gospel in America. I spoke at a local high school yesterday. I gave them the Gospel as plainly as I could. They think it’s old-fashioned. But they care about the American indians who were supposedly overrun by whites. However, a young Muslim girl stayed afterwards and had so many questions. She was defending her religion, but asking about Christianity. She wouldn’t leave.

The world’s on fire. The culture is disintegrating. Three churches a day are being burned. What is our takeaway? Things that happen in the world are things that are happening in the Spirit. There’s no coincidence that Notre Dame was burned. Christianity is on fire in the West. It is under assault. Europe is collapsing. Western Civilization is on the ropes. The Enemy is right outside the camp right now. Religious, sexual, economic.

Thou Shall Not Covet. Read my commentary this week. It’s one of the best I’ve ever written.