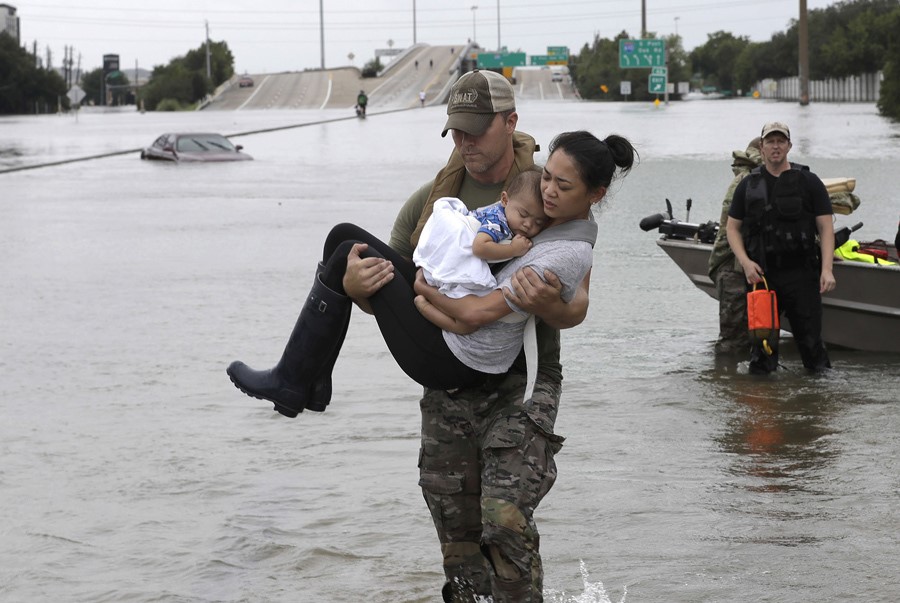 We are raising money for hurricane Harvey relief.  We have a long track record of effective disaster relief.  We believe it is the job of the church to rescue those who are perishing.

By PayPal: Send to ptsalt@gmail.com

I would like to open with a story about a friend of mine.  Chris Keys is a man’s man and I say that in the truest sense of the word

Because I knew that he was from the Houston area I contacted him regarding on-the-ground-support of our relief efforts hoping he could make some connections for us in regards to partnering with local churches in the area.

When I spoke to him he was in a boat.  It seems that he had been prodded by the Lord to do what he does best…rescue innocent people.  He has a history of that.

On Mother’s Day weekend he was one of eleven Christian’s arrested outside of the last remaining abortion clinic in Kentucky.  He sat down in front of the door in attempt to stop women from killing their babies.  Chris was being Chris…rescuing the innocent.  He lives out the Scripture “greater love has no man than this than he would lay down his life for his friends.”  But I digress.

During our conversation on Monday he shared with me that his stump-grinding business had been booming and that he had never been busier.  That is, until his expensive piece of equipment broke and he had to give the jobs to other businesses.  His finances were taking a hit while he fought with the company over the repair of the machinery.

But rather than sit on his porch and suck on his thumb Chris decided to climb into a boat and go rescue those stranded in the flood ravaged areas.  He organized a small group of men and spent the day rescuing people. 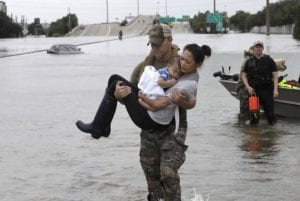 His optimistic attitude is always an encouragement and he told me over the phone how much good they were doing but that he was running out of money for fuel and didn’t have the funds to do anything about it.

God is always setting the table.  It so happened that our ministry had just received an online donation of $1000 for our relief efforts and I immediately wired the money to one of Chris’ buddies whose four sons were getting ready to go join Chris.  In a matter of fifteen minutes an online donation turned into gasoline for Chris and his hearty band of boat warriors.

Chris called me at 4 am this morning.  He wanted to thank me and let me know that he and his crew were heading to Port Arthur where desperate cries for help had been heard.  It seems that there were very few boats in Port Arthur rescuing people so Chris did what Chris does best.  He drove to Port Arthur to rescue people.

He asked me for prayer.  He was cautious.  It was dark, pouring down rain, and treacherous.  He asked that I prayer for his safety and that of his crew.  I felt the urgency in his voice.  To rescue folks you have to go where they are.  That can be a risky proposition.

As we hung up the phone I asked him if there was anything I could do.  Did he need more money?  Yes, he said, but there was no way he could get to a bank right now and they would keep working until they ran out.  I pledged more money to him.  He said he would be in touch.

“Oh by the way” he said as he drove into the unknown.  “Just wanted you to know that we rescued about 50 people yesterday and we couldn’t have done it without the money.” 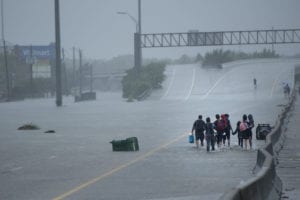 Would you consider supporting our efforts?  We are putting boots on the ground once the water recedes.  We offer them hope, and a hand, and the Gospel of Jesus Christ.

The needs are overwhelming and anything we can do will only be a drop in the bucket.  (Sorry about the water analogy!)  But we partner with local churches and minister to the soul as well as to their physical needs.  People are most open to the Gospel in times of despair.

Once our logistics are in place we will be rotating teams in to the area to help with the efforts.  We are not big but we are effective.  The funds we raise go to small churches to help them build relationships within their community.

No one gets paid.  There is very little overhead.  Our housing is free and we provide the volunteers food.  Your donations are placed in the hands of those on the ground who best know how to meet the needs of the people.

FEMA, and The Red Cross are quasi government agencies.  They lack the personal touch and do not share the Gospel.  We do.  As the Scriptures teach, the storm has put many in the valley of decision.  Our volunteers go to share the Bread of Life and offer hope to a lost and dying world.

To donate visit www.CoachDaveLive.com/donate or by mail to Pass The Salt  Box 744  Hebron, Ohio  43025.  Your donations are tax-deductible.

Would you help us?  No donation is too small.  There are lives hanging in the balance.